Notes :
(1) To a point beyond the bunker.
(3) The DMUs failed at MP137 near Stone but after a long delay the train got back to Stafford where it was terminated with alternative DMU sets used to get passengers back to Birmingham New Street. It was supposed to do most of the branches off the Coalville line (see booked timings below ~ r = reversal point). The train was re-arranged and another run was made on 12th December 1989. 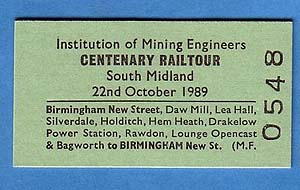 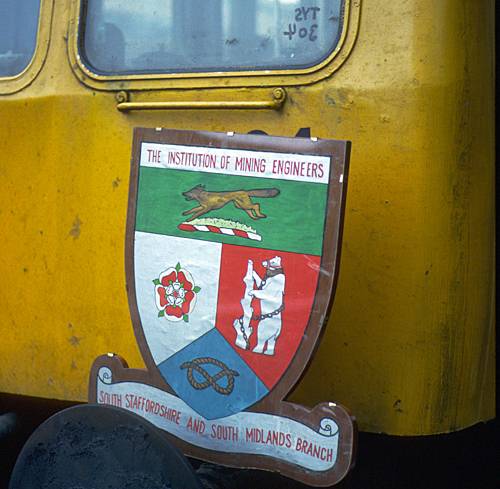 The headboard on Unit T025 depicts the four counties traversed by the tour namely the fox of Leicestershire, the rose of Derbyshire, the bear of Warwickshire and the knot of Staffordshire (photo: Ray Pettit)