Notes :
(1) Connecting DMU's ran from Barrow to ??? & back.
(2) Derek Thompson comments: This train was booked to be worked by an 86/2 loco throughout. The evening before the excursion the coaching stock came from Longsight and was booked to change engines at Preston to the loco to work the excursion. One of the excursion regulars was on nights at Preston the evening before and suggested the 85 was used instead. After a couple of phone calls to London to check that both sets of Anglian traincrews signed 85s the wrong engine was sent in error. This is believed to be the first time of two known occasions an 85 worked to Southend Central and it was only followed a few years later on the Roarer Requiem railtour. 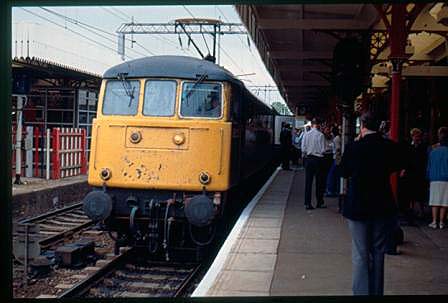 Timings (Booked Only)
(from Derek Thompson)