Notes :
(1) Simon Reed comments: this was a "Mystex" with planned stops at Margate, Ramsgate & Canterbury West, Tour was scheduled to return same route [across London via Lewisham & Nunhead] but due to stock defects and late running the tour restarted from Ashford. A 12 car VEP including 3473 "bridged the gap". Derek Thompson adds: After setting down at Canterbury West the train ran empty to Ashford for servicing and was then due to return ECS back to Margate and pick up at Ramsgate and Canterbury West, then return via Tonbridge. While at Ashford, however, 33064 failed and there was a coach defect so the train never made the empty stock move. As a result, a normal service train (units 3174 and 3472) was used to get the passengers to Ashford. On the return journey the train was booked via Warrington and Wigan but because of the late running the train was diverted via Manchester, but not before a 30min stop at Crewe to allow passengers to purchase food & beverages as the ob-board buffet had sold out of everything.
(2) Connecting DMU's ran from Barrow (06.15 dep) to Lancaster & back (05.12 dep!).
(3) 47515 failed at North Pole.
(4) 47209 failed at Grove Park!
(5) 85025 dead-in-tow.
(6) EMU confirmation required - Simon Reed reported a 12-car set including 3473 whereas Derek Thompson reported 3174+3472? 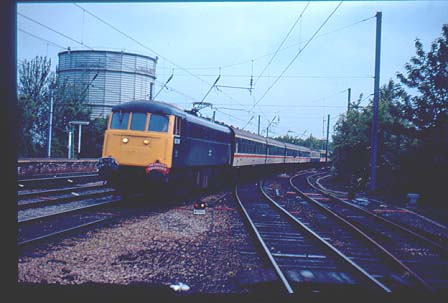 85019 on the outward train at Lancaster. 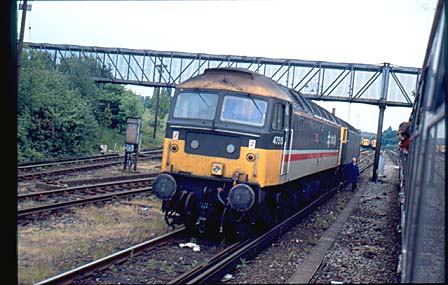 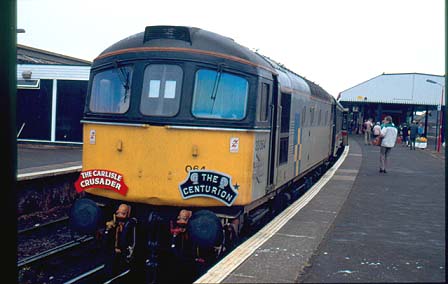