A series of special trains run between London St Pancras and Leicester, some going via Corby.

Notes :
(1) 20228 reported failed at Luton however Kevin Driscoll comments: I joined the 15.55 at Wellingborough, and noted that we had 20145+20228 to Finedon Road, where the latter failed. As the existing entry shows it failing at Luton, I would presume it was kicked briefly back into life again. Simon Creswell adds: I was also on board the 15.55 St Pancras - Leicester and can confirm that 20228 was reported as having failed at Luton, but on alighting at Wellingborough both engines were working. 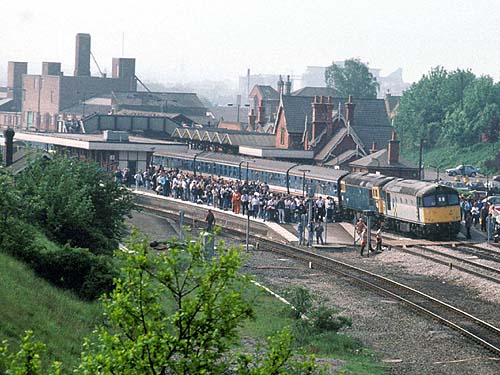 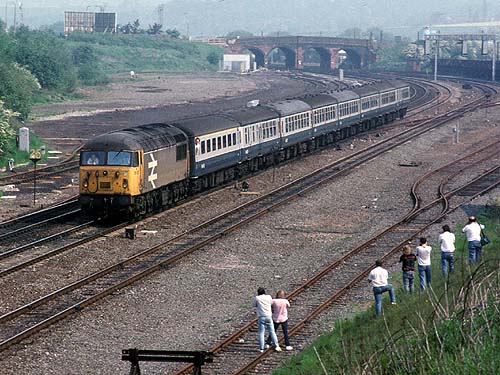 56017 approaches Wellingborough with the 09.55 from Leicester. 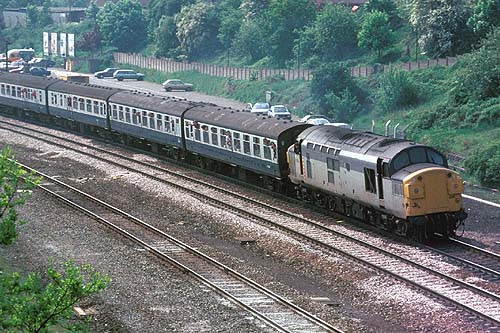 37058 departs Wellingborough on the 10.40 London to Leicester working. 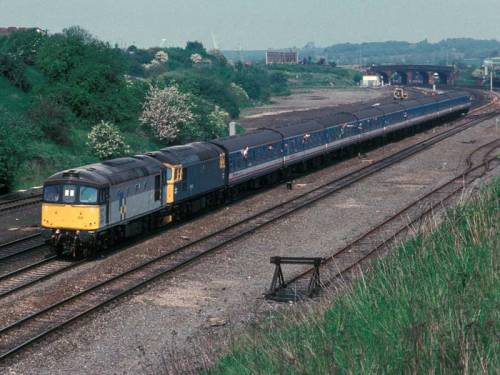 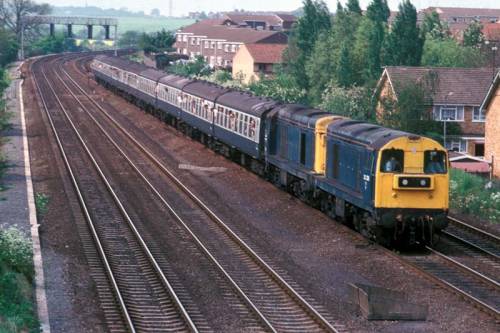 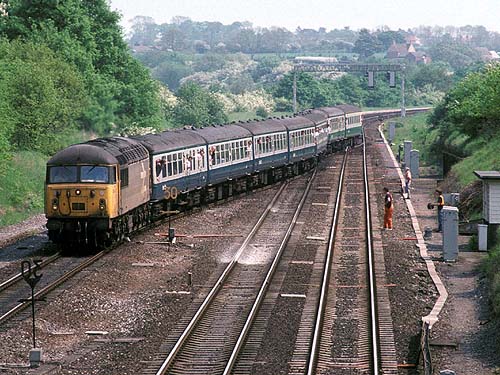 56017 crosses to the slow line at Kettering South Jn, heading for Leicester
on the 12.40 ex-London St Pancras. 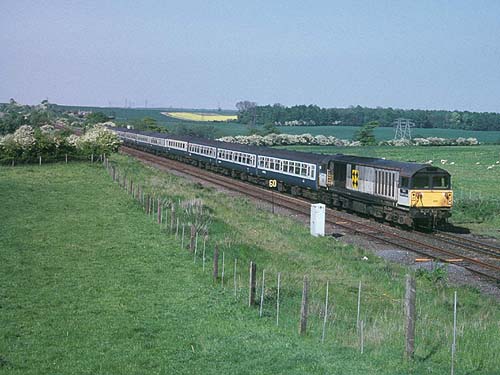 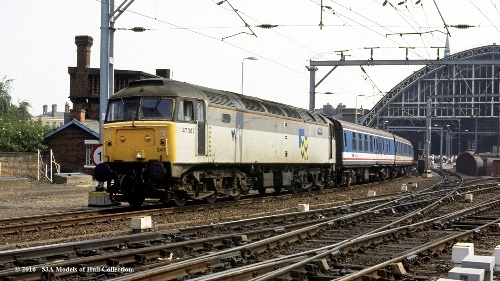 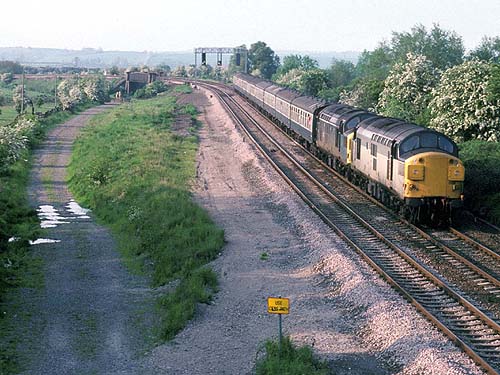