Notes :
(1) Route & loco confirmation required. On 5th May a series of specials ran to celebrate the 50th anniversary of the opening of Los Angeles Union Station. One special ran from Oregon and the other from Wyoming. They met-up just outside the station then ran in on parallel tracks, complete with TV helicopters flying overhead. During the celebrations there was an exhibition of locomotives in the station area. On this date the two specials set off as simultaneous departures and traversed the Cajun Pass. Internet sources show that the combination of 8444, 6085 & 951 were still out touring on 15th May - further details required. 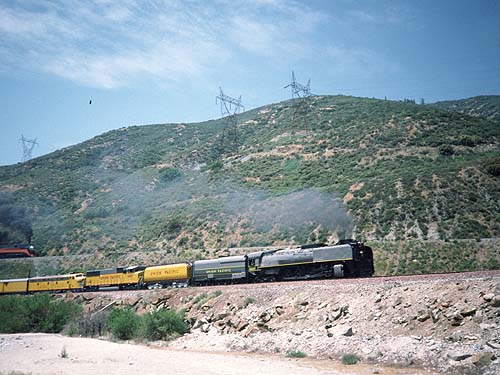 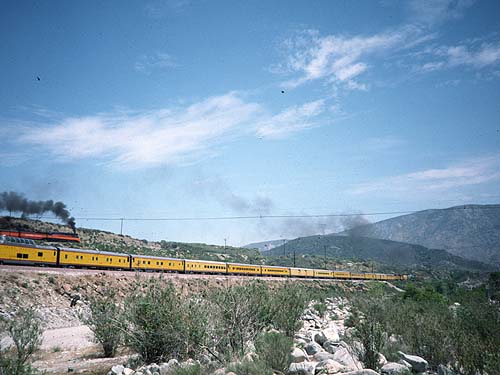