Notes :
(1) Route & loco confirmation required. A series of specials ran to celebrate the 50th anniversary of the opening of Los Angeles Union Station. One special ran from Oregon and the other from Wyoming. They met-up just outside the station then ran in on parallel tracks, complete with TV helicopters flying overhead. During the celebrations there was an exhibition of locomotives in the station area. 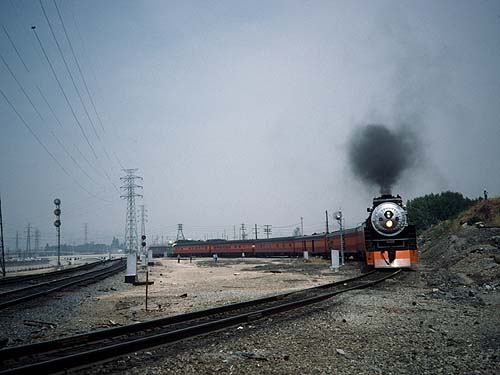 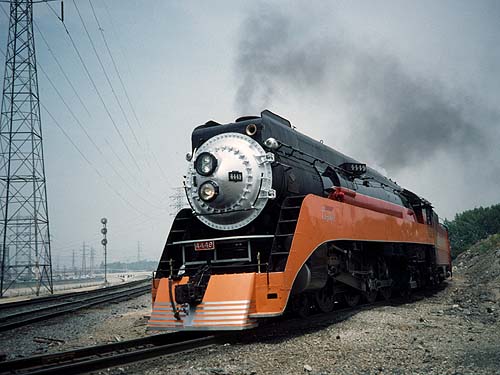 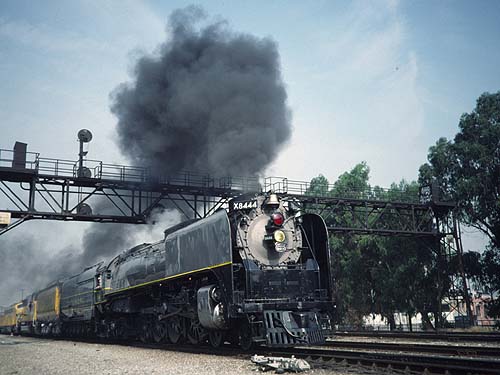 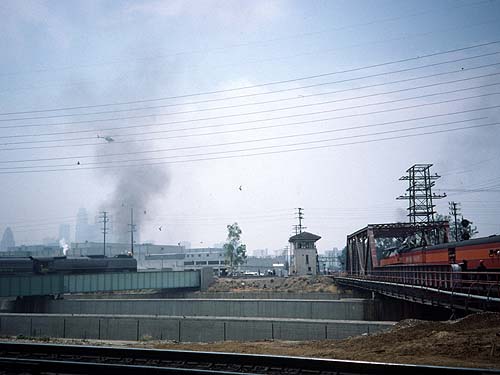