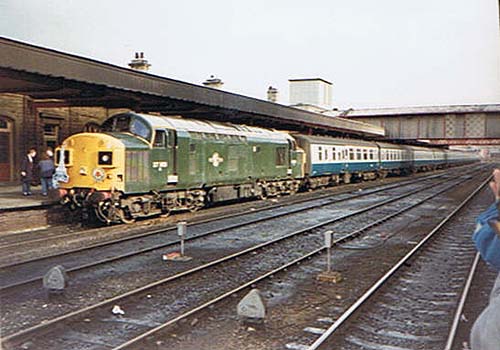 Sources : Ian Dobson & Pete Drury (on the train throughout)

All distances, in miles and chains (M & C), are taken from the timing sheet given out on the train. No attempt has been made to verify the mileages given however there appears to be an error between Helsby & Frodsham which show the same mileages. From a point-to-point distance column it appears the distances are again correct from Runcorn East.