Notes :
(1) Plus 97252, providing power for the coaching stock only.
(2) Plus 40122 dead-in-tow.
(3) Booked route was via Liverpool Lime Street (reverse).
(4) Steve Clark comments : This was one of 40122's worst days as she was not only in grey undercoat but also in a bit of a state mechanically. Having staggered down the WCML we were forced to suffer 47332 when this was added to the front at Stoke. With the train seemingly days behind time the run into Liverpool Lime Street was abandoned and the train was turned back in the Manchester / Stockport area but at least we lost the duff as a result. At one point the train consisted of the blue 47, 40122 in grey, ETHEL 97252 in Inter City and the NSE coaching stock - all very colourful!!!
(5) Route confirmation required prior to Euston on the outward leg and after Crewe on the return. 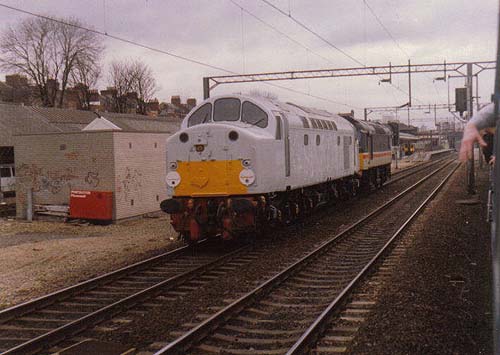 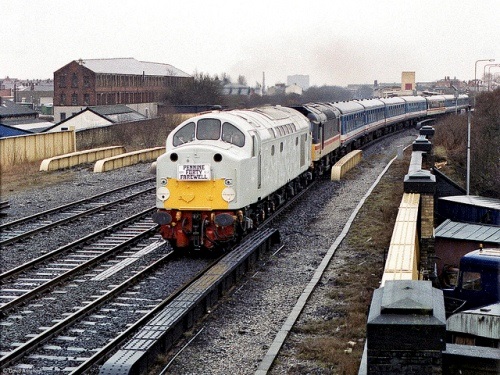