Route :
1Z25 : Portion 1 and combined potions throughout
1Z26 : portion 2 throughout

Notes :
(1) The E.C.S. before and after the trip ran as an add-on.
(2) Note that both units were at Watford together.  Photo stops at Canons Park and Moor Park were arranged so that passengers could photograph the other unit passing through.

Greg Beecroft comments: Although the tour started at Clapham Junction and finished at Charing Cross, the stock workings from and to Hastings ran as additional passenger trains, available for use by tour passengers (and the down service could be use by anyone else).  The down working was later than the last 'normal' train, so was the final diesel service before the full electric timetable was introduced on 12 May.  Passengers were allowed to remain on the train to Ore station, as DEMUs coming out of service were being stored in Ore carriage shed.  A bus was provided to convey passengers back to London.

The evening run from Hastings to Charing Cross, scheduled non-stop in 80 minutes, was reported guardedly at the time, but was quite extraordinary.  The train was stopped at Battle due to engineering work, but the driver showed every intention of making up as much time as possible and some very fast running ensued. The speed through Tonbridge was quite hair-raising and the train was still doing well over 80mph through Grove Park. Then, with the possibility of a right time arrival at Charing Cross, the train was stopped at signals outside London Bridge.  It was discovered later that this was so that the signalman could take a photograph. However, the driver did not give up, and set what must have been an all time record for London Bridge to Charing Cross, with a particularly exciting transit of the curves through Borough Market and Metropolitan Junctions.  The station clock was still showing 20:38 as the DEMUs entered Charing Cross at a speed suggesting they were continuing into the Strand! 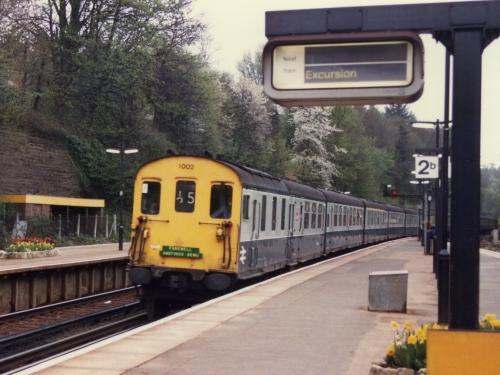 The tour arriving into Sevenoaks in the morning (photo: LASERman) 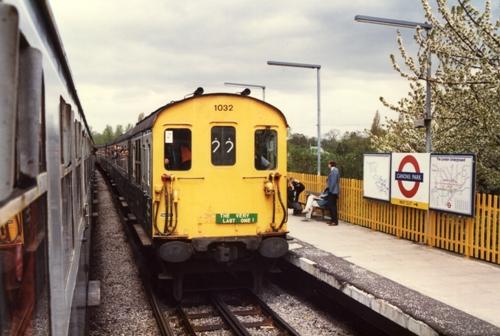 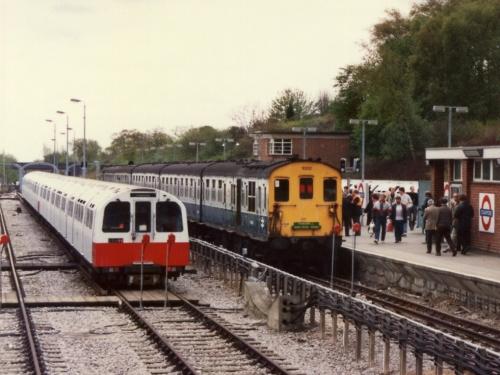 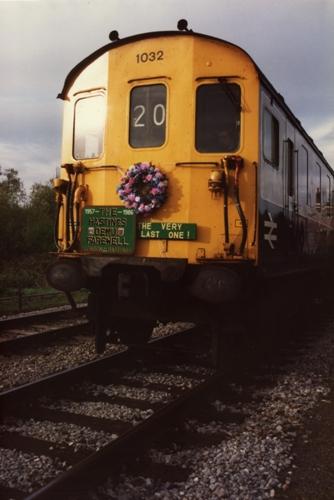 With wreath, at Rye (photo: LASERman) 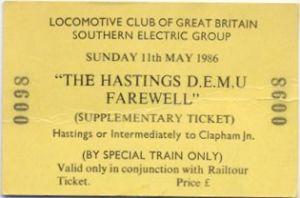 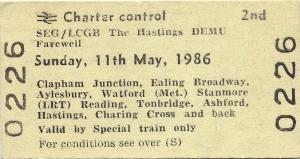 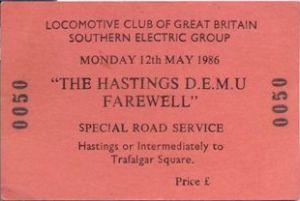