Notes :
(1) Ran top-n-tail but which loco led on train A (locos shown in order booked)?
(2) Nick Lawford comments that this train was the very first normal loading gauge Mk.1 stock train to traverse the whole length of the line between Tonbridge and Hastings via Battle. The restrictions on the route were only lifted a matter of days before the train ran ( the route having been cleared to normal gauge as part of the HASMOD electrification scheme). He also adds that the MLV's worked train in rare vacuum braking mode.
(3) Nigel Jordan comments: I viewed the tour at Tunbridge Wells and then caught the next train to Hastings.  Between Crowhurst and West St Leonards we passed 50025 heading northbound light engine at around 11.38 What is memorable is that the 50 caused all sorts of havoc due to single line working between Robertsbridge and Wadhurst, getting it a path by Control ruined the Hastings to London timetable for hours afterwards. So the question that needs answering is why the 50 went light from Hastings to Ashford via Tonbridge rather than 'hitching a lift' with 33206 across the Marshes? LASERman suggests it was probably because of weight restriction or route availability.
(4) Timings in a tour itinerary received by the Webmaster shows the routing from Swanley to Ashford as being via Gillingham, Sittingbourne, Faversham, Herne Bay, Margate, Sandwich, Buckland Jn, Dover Priory & Folkestone Central however an additional loose sheet gave the final routing as above. To reflect the change the original route and timings (and distances post Swanley) are shown struck-through in the timing table below. 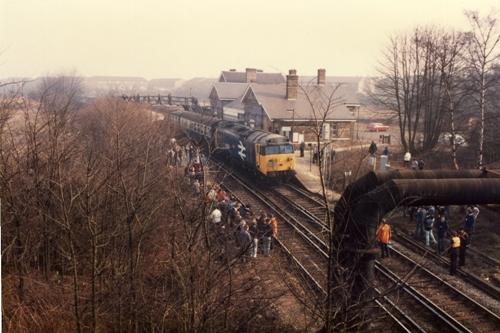 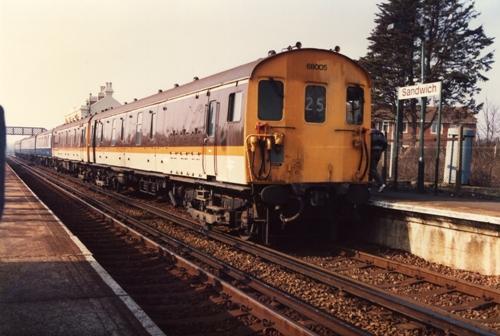 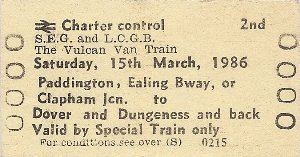