Notes :
(1) Although booked for Mossend Yard, train reversed & locos were changed (26s for 47) beyond Mossend, at Braidhurst Loop.
(2) Harry Harper comments: I think the last passenger round the Carlisle goods lines. Can anyone confirm? For the desperate there was a very unofficial set down in Carlisle Yard, where a walk to the nearest bus stop enabled travel on the return leg of the Knotty Northern Circular from Carlisle via Newcastle to Leeds. One of the bashers decided to remain onboard as he had only ever had three 26's for haulage. He was not impressed when Annan revealed two of them on the front.

Sources : Nigel Rollings, Jeremy Sleightholm (both on the train throughout),
Alan Osborn, LASERman (both joined/left the train at Watford Junction) & Adrian Nicholls 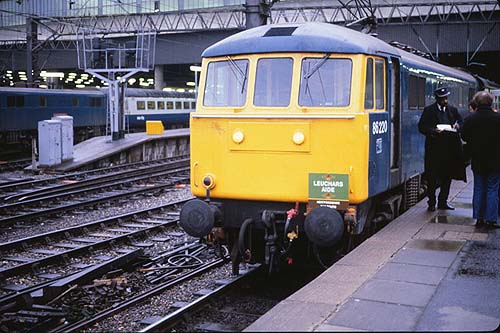 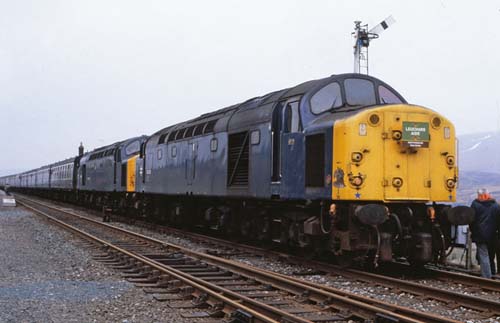 The 40's pause for photos at Garsdale (photo: Chris Thompson) 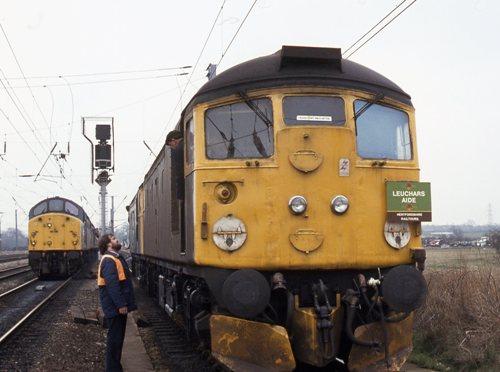 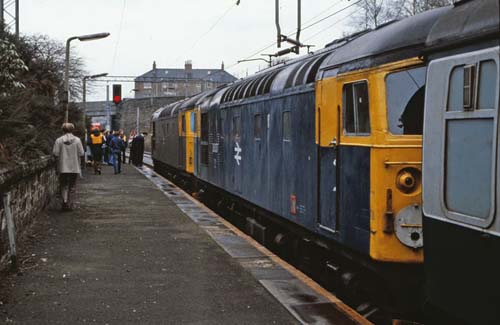 The 26's sit at Blairhill (signal SJ51) because of a points failure at Sunnyside Jn
(photo: Chris Thompson)