Notes :
(1) 6532 hauling the EMU. John Clifford comments: As far as I can recall the reason for the loco was that there were worries that 3135 would be gapped if it tried to go over the crossing at Richmond from the Southern to the London Midland lines. On the way back they were happy for this move to take place which we did without problem. Incidentally there was a direct connection at this time. David Manders adds: The loco was used at Richmond as LM live rail had no gap or side ramp for shoes and would have knocked them all off, so the appropriate ones were ‘paddled up’ for the manoeuvre. This did not apply on the return journey.
(2) Loco propelling.
(3) John Clifford also comments : The LMR d.c. lines had been converted from 4th rail to 3rd rail operation a few months previously and the LCGB took the opportunity to run a tour using a Southern Region EMU over all the lines. 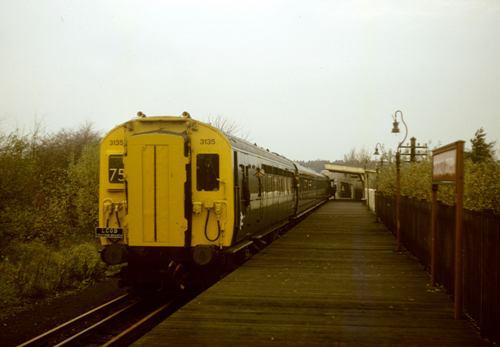 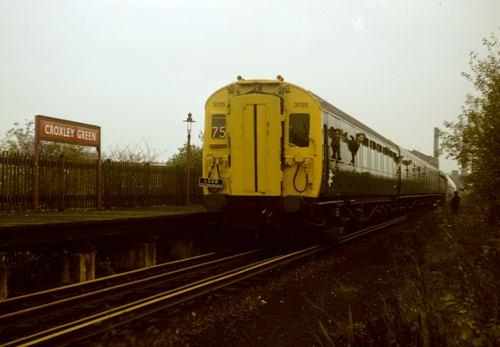 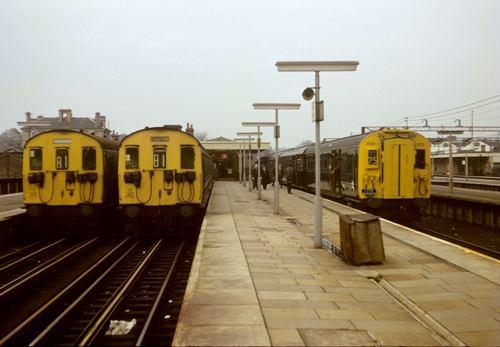 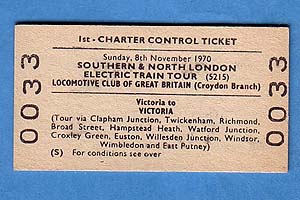