Notes :
(1) This six coach train, which featured three of the new XP64 coaches covered many lines that were no longer used by passengers services. This was the last revenue earning trip for 61302, being withdrawn the next Monday.
(2) John A. Thickitt comments: At the time, I made a note in my diary which reminds me the tour was advertised as having Crab, Jubilee & Black Five haulage.
(3) Bruce Nathan comments: Rotherham Masborough and Northwich stops were omitted but we had short signal stops soon after both of these before Aldwarke Junction and at Middlewich. There were delays approaching Crewe, which we left on slow line to allow the ‘Red Rose’ to pass, crossing over to fast line at Basford Hall. There was then some fast running until checked before Stafford. Between Stafford and Rugby we had more fast running, averaging 80mph over this section with maxima in the high 90s. 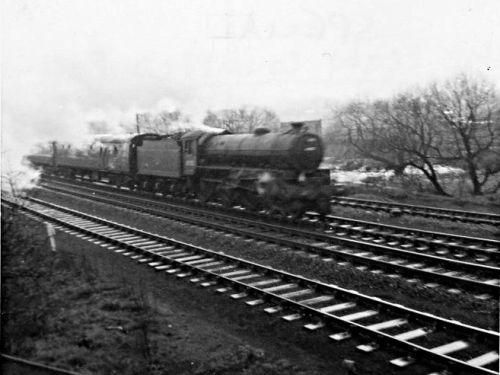 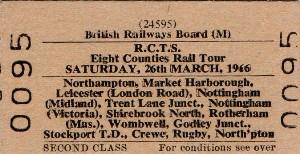