Notes :
(1) John Clifford comments: The tour was run as the Somerset & Dorset line shut from the following Monday. It was one of four run over that weekend. On looking at my notes for this tour I find that we had a good run to Salisbury in between some signal checks, running on the local line from Winchfield to Basingstoke & a permanent way check between Allington & Idmiston Halt. Despite this we only slightly exceeded the 81 min schedule from Waterloo to Salisbury. During the tour some extra photographic stops were added, at Glastonbury, Chilcompton (northbound) & Shepton Mallet (southbound) which meant that we ran late. Our return run from Bournemouth lost almost an hour's time because of signal checks (I counted 10), single line working from Christchurch to Hinton Admiral & running on the local line from Farnborough to Hampton Court Junc. I still managed to get the final Somerset & Dorset tour from London the next day.
(2) Roger Newman has commented with regards to the two LMS 2MTT's used - many contemporary records list them as 41269 & 41307 but he has confirmed that, without doubt (as 41269 was withdrawn from service several years before the tour!), the former loco identity was 41249 as given above. This is further confirmed by Graham Stacey.

Sources : John Clifford (on the train throughout) & Roger Newman 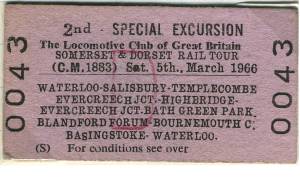 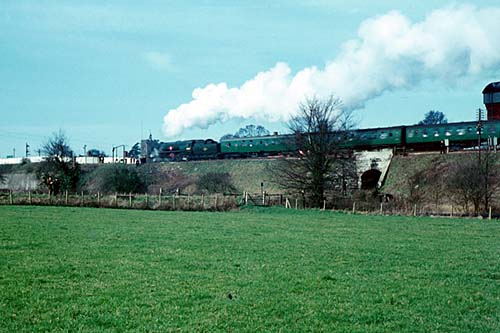 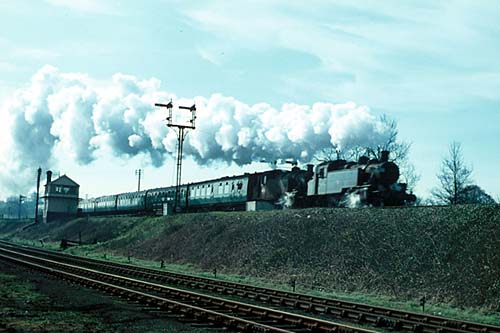 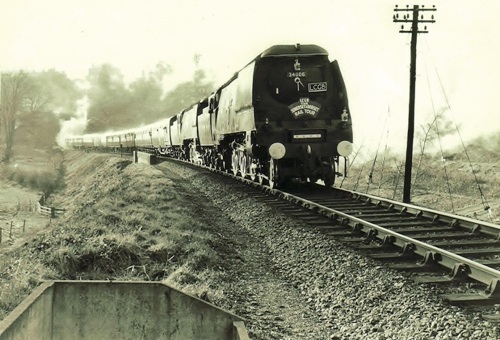