Notes :
(1) Train was used to move 1420 & 6435 towards the Dart Valley Railway.
(2) David Huxford adds the following comments/request: Over the last few months I have been trying to find any photographic records of a steam special from Birmingham Snow Hill, the loco was GWR 6667. Having come across you web site this information may be of use, if this was the same train the driver was Trevor Floyd of Tyseley I was the fireman also on board was footplate inspector Bill Harris and two others but a cannot remember who they were, but it was a little crowded. Our job was to work the train to Worcester were there was an engine change; I seem to recall that we did stop at Stourbridge Junction and I think we may have stopped at Kidderminster. Having turned the loco at Worcester we made our way back towards Birmingham, but on the way back Trevor stopped to inspect the loco and found that the wheel bearings had run hot. It was therefore necessary to return the loco to the nearest depot which was Stourbridge.
(3) Gloucester South was a booked water stop both ways. the reason for the removal of 1420 and replacement with 7029 on the outward leg is not recorded however 1420 & 6435 were advertised to work throughout from Worcester to Bristol with 7029 working the entire return leg only. Booked return route was the reverse of outward throughout, the reason for the diversion via Eastgate station is unknown. 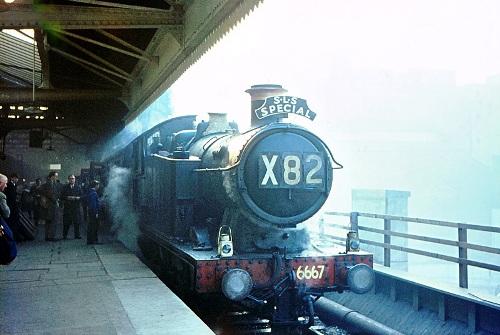 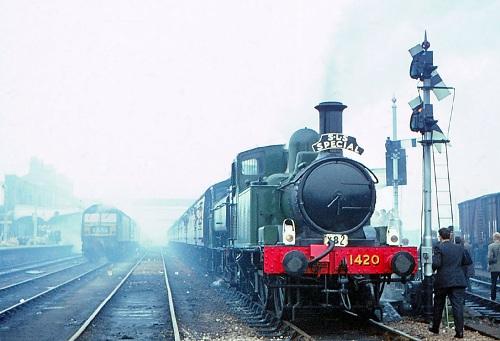 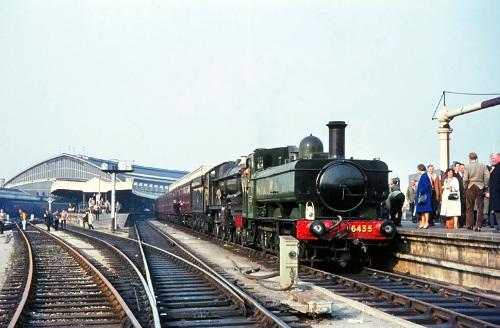 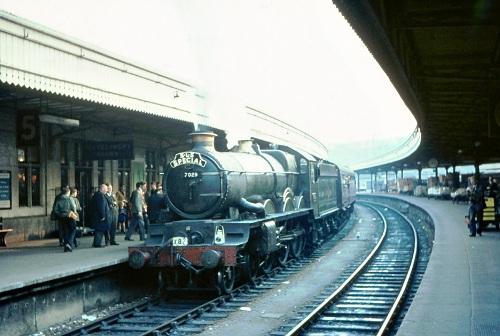 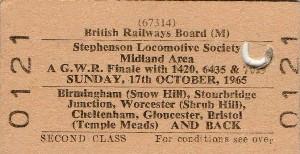