Notes :
(1) This tour commemorated the virtual end of the once numerous fleet of Midland 0-6-0 tender locomotives. The six coach train visited numerous lines in the heart of the Midland system, where the 0-6-0's were once so common. Such was the rarity now of the 4F's that 43953 had to be brought in from Workington shed to power the train. This machine would in fact prove to be the last Midland 4F in service, retirement coming about three weeks later on November 6th. Whilst prepared to the highest standard for the rail tour it became obvious towards the end that all was not well with 43953, with time being lost and the speed rarely exceeding 30mph. Perhaps the 50 mph streak on the Ambergate to Derby section overstretched the forty-four year veteran. 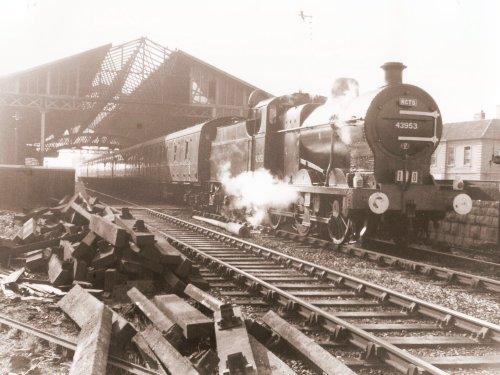 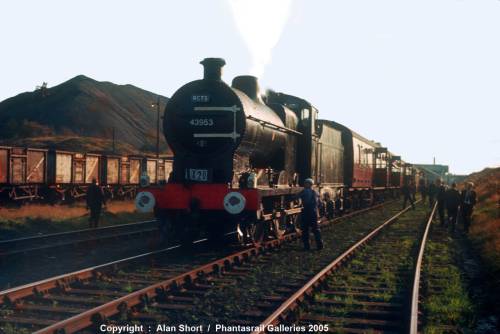 43953 during the tour (photo: Alan Short courtesy of Phantasrail Galleries) 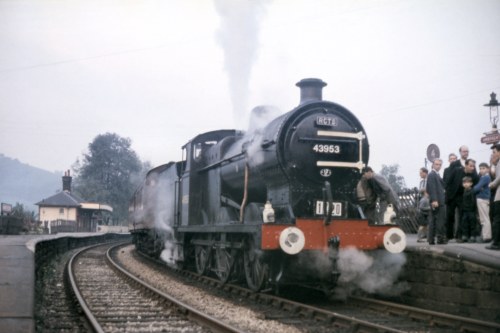