Notes :
(1) Richard Billinge comments: The Welsh Mystery Tour set off from Paddington on time at 09:30 with seven coaches behind Flying Scotsman, Main Line to Cardiff. With it being called a mystery tour, I can’t remember how much information was given out to passengers. There must have been some as I knew we were one minute down at Didcot. There was a PW slack between Wantage Road and Challow which meant we were four minutes late at Uffington. By then it was apparent that 4472 was in some sort of difficulty so we stopped at Swindon but only five minutes late on what should have been the passing time. 4472 was replaced by D7089 which got us to Cardiff in 67 minutes start to stop against a scheduled 68 minutes pass to stop. EE Type 3 D6891 then took us on a tour of some of the South Wales valley lines. D1662 ‘Isambard Kingdom Brunel’ took the train back non-stop to Paddington. Word was it was being used as a trial to see if it could be done in two hours. Because of a slack through Newport and PWS en route, we were nine minutes down through Wooton Basset but only five late into Paddington.
(2) D6891 carried the headcode 1Z40, confirmation is required if this headcode was used for the whole tour.

Sources : Richard Billinge (on the train throughout) & Andrew Fairholm 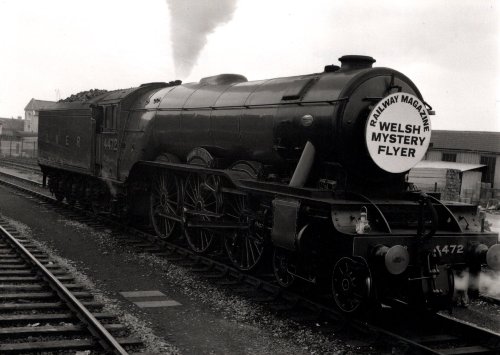 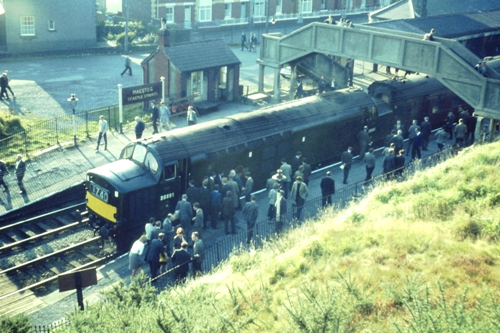 D6891 during the photo stop at Maesteg (photo: Richard Billinge) 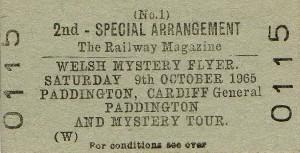