Notes :
(1) Some publications list this railtour (booked for haulage by loco 3205) as having been cancelled on 5th September and run instead on December 12th, however various contributors who travelled and photographed the train all confirm that it did indeed run on 5th September. There is ticket evidence (dated and clipped) to support that a tour by the same organiser ran on 12th December from Plymouth to Launceston, but that was via Bere Alston & Lifton. Bernard Mills adds a comment that this was the last westbound steam departure from Okehampton. 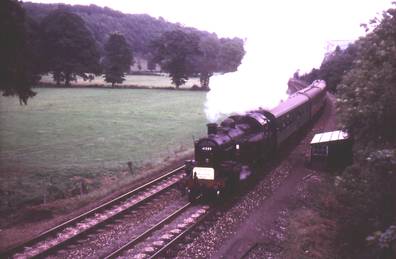 41283 at New Bridge (near Cowley Bridge Jn) on the way to
Launceston (photo: Terry Dorrity) 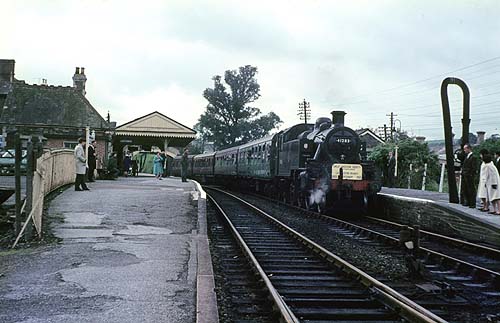 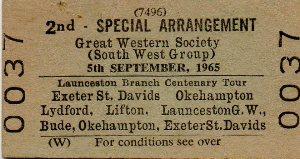 Timings (Booked Only)
(from Dave Mitchell)