Notes :
(1) Route confirmation required (note: above is at odds with the tour ticket). Kevin Driscoll comments: From sketchy memory, a shuttle service ran Monday 23rd to Friday 27th between Forres & Inverness, then a Saturday special Inverness to Perth. Terry Dorrity comments: NB 256 ran on 28 Aug 65 which was probably the Saturday Perth excursion mentioned by Kevin Driscoll, unless there were two that day (not very likely). This train was photographed at Burntisland, Markinch, Bridge of Earn, and Glen Farg so would seem to have been an Edinburgh to Perth circular returning via Kinross.
(2) 64569 was photographed at Guard Bridge carrying headcode 615 - was this headcode used throughout? 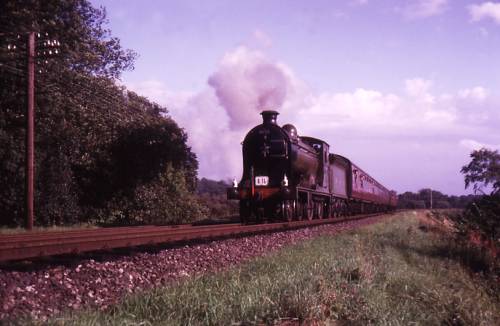 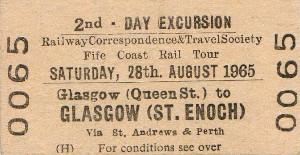