Notes:
(1) John Clifford comments - For the name of the tour I have used the name on the brochure. However, I have also seen this one called 'Eastleigh & Swindon Works Rail Tour' & 'Southern Pacific Tour'. Take your pick! Webmaster note: The tour booking form called the trip 'The Souther Pacific Tour'. The booking form also stated that Merchant Navy 35022 was the diagrammed locomotive throughout (except between Eastleigh station and works siding). Furthermore the tour stock was advertised to have been 'ten coaches open vestibule type, including buffet'.
(2) Visits were made to Eastleigh Locomotive Works and Shed and also Swindon Locomotive Works and Shed. 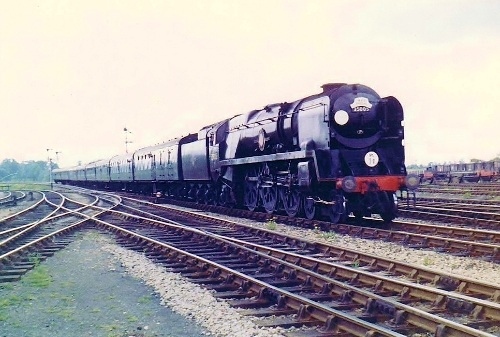 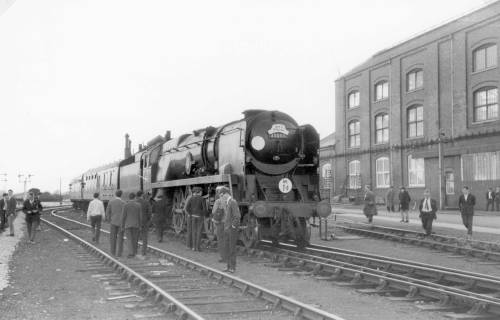 35005 on the tour, presumably at Swindon Works? (photo: John Broderick) 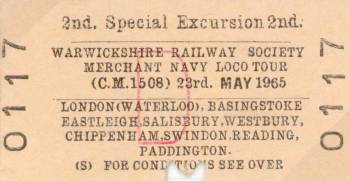 One of the tour tickets