Notes :
(1) For visit to Welshpool & Llanfair Railway.
(2) Route & loco confirmation required - 4472 photographed at Hatton & Beaconsfield and at Astrop near Kings Sutton. It is thought possible that this tour may have been one of a series organised by David & June Harding using 4472 'Flying Scotsman'. It is not clear if this was under the auspices of the Anglo Norse Society as has been suggested as the society is not mentioned in any of the paperwork seen by the Webmaster. 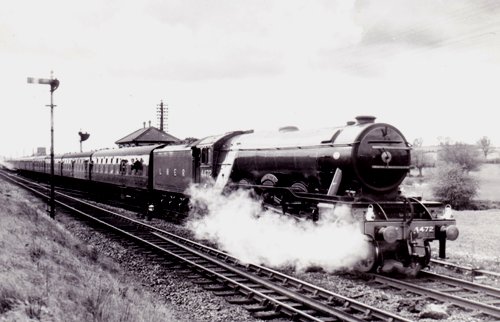 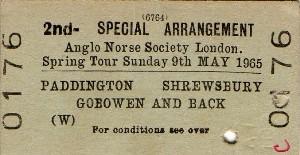