The Locomotive Club of Great Britain
The Wessex Downsman Rail Tour (No.1)

Notes :
(1) Running without nameplates ('Throwley Hall').
(2) The L.C.G.B. booklet 'The First Hundred' gives the identity of this loco as 44406 in error (that loco was withdrawn in March 1962 and cut-up in August 1963!).
(3) Photograph of 44466 at Mangotsfield shows the loco carrying a headcode of 1X05 - was this used throughout?
(4) Owing the the popularity of this trip a re-run was organised for Sunday 2nd May 1965. The itinerary was advertised to be 'the same as the first tour, except due to engineering works in the London area the scheduel from Surbiton to Waterloo will be slightly slower giving an arrival time at Waterloo of approximately 19.40' 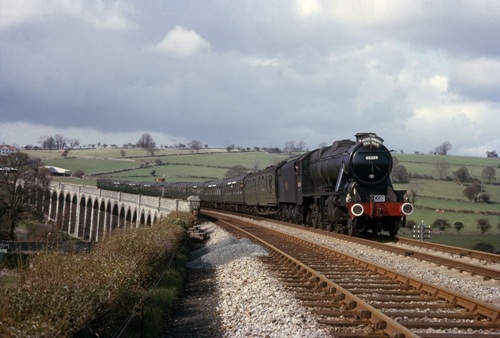 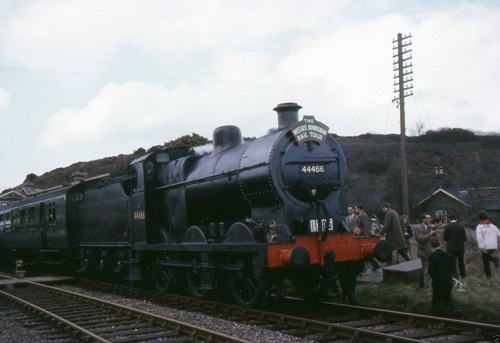 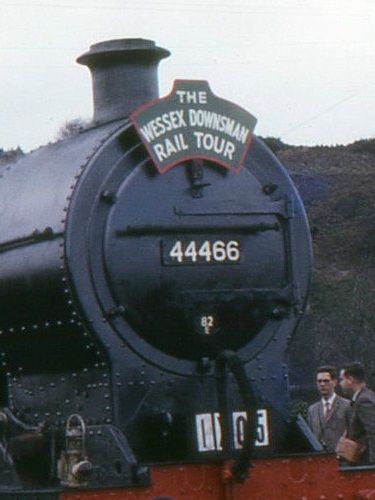 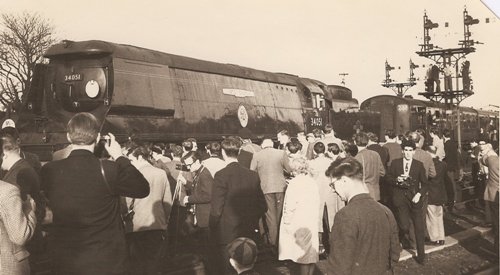 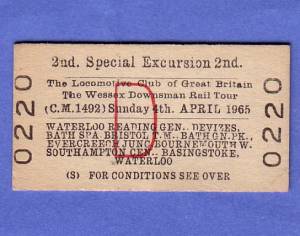