Notes :
(1) Banked up The Lickey by D69?? (originally uploaded as D6938 however Bruce Nathan recorded the loco as D6943 thus confirmation is required).
(2) Passengers were allowed to remain on the train for Nottingham station to carriage sidings & return.
(3) Pre-tour advertising described the return route as 'Trent Jn thence by MML via Leicester to Kettering. From there, the homeward route is via Northampton, Bletchley...'. It is unclear if this meant the booked route was via Wellingborough. 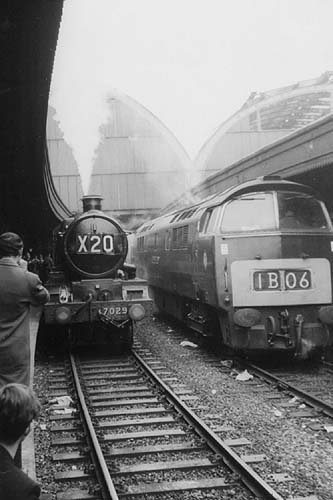 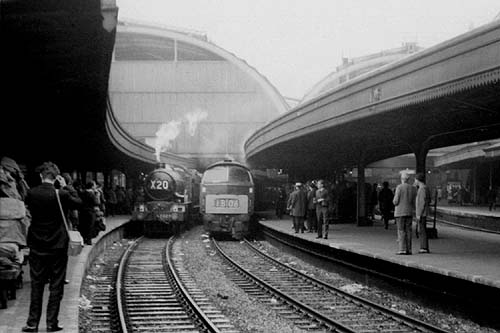 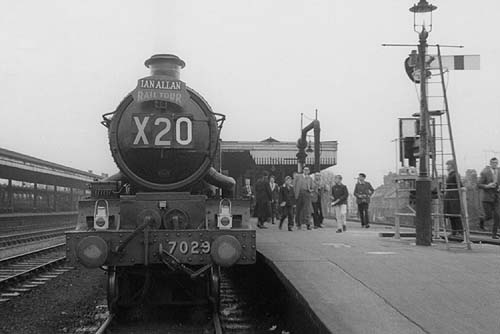 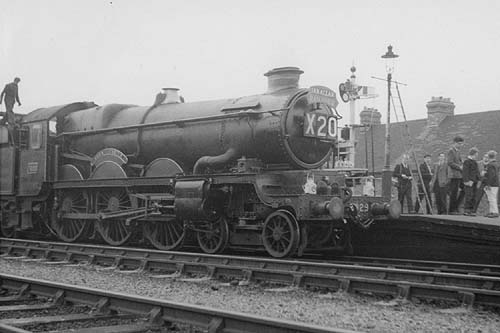 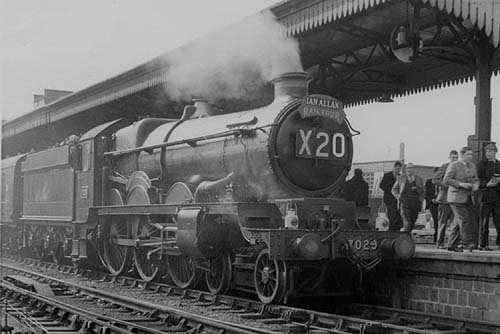 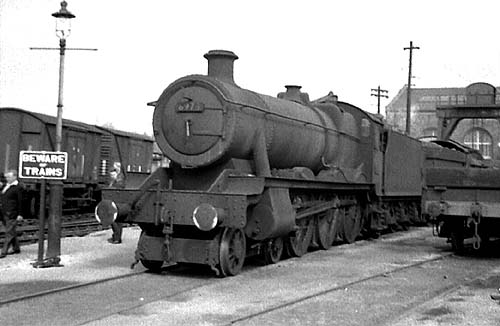 6973 outside the workshop at Worcester (photo: Gordon Jakes) 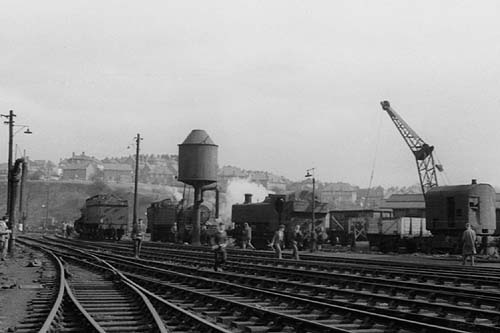 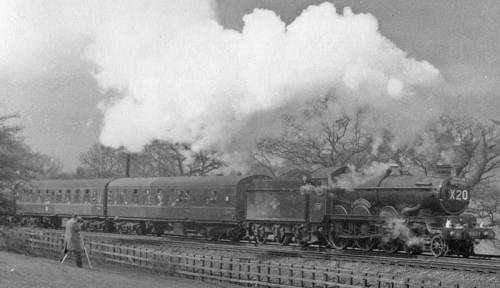 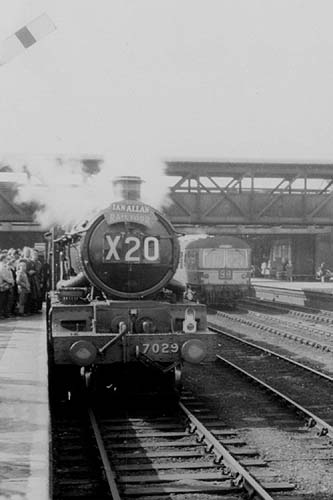 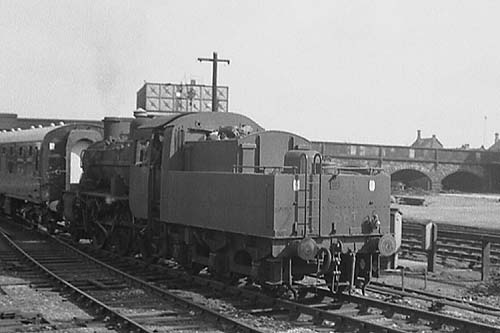 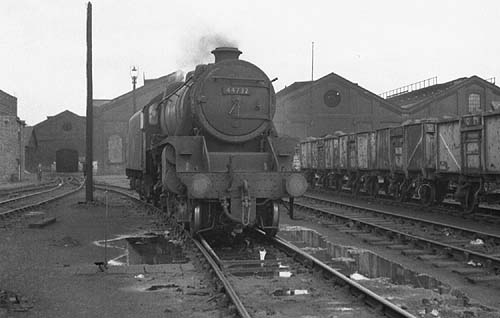 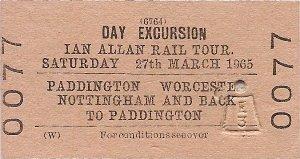 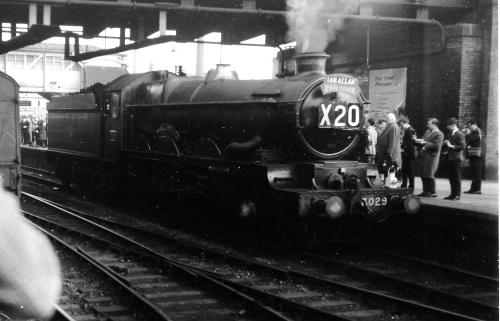 A final shot of what is believed to be this tour - but where is it (Nottingham?)
(Bill Kenning/The Adrian Vaughan Collection)