Notes :
(1) This was a train organised in conjunction with the naming ceremonies of D1661 'North Star' (at Paddington) & D1662 'Isambard Kingdom Brunel' (at Bristol in the original Brunel station at Temple Meads). D1661 was named 'North Star' by Rt.Hon.Ray Gunter MP at Paddington. Arrival into Bristol was only 'sort of' as an emergency stop occurred with only 2 coaches in platform. D1662 was named 'Isambard Kingdom Brunel' by the Lord Mayor of Bristol at the start of the return run. The tour brochure carried the following introduction: 'This trip, arranged at the request of Western Region of British Railways, represents a step forward into the entirely new field of diesel-hauled society special trains, and is indeed the first such train to be run by any organisation'. 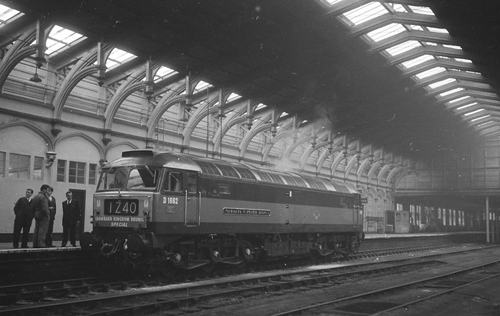 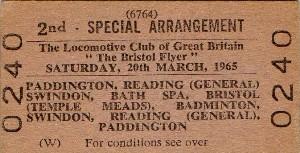