(1) This ten coach train was a tribute to the final workings of the Rebuilt Scots, visiting the Settle & Carlisle line, the first home of these machines. A motive power shortage after this run ensured that the still active Rebuilt Scots would run for a little longer. The easy schedule for the run over Ais Gill & Shap did not overtax the 'Scot', the intended locomotive, 46160 'Queen Victoria's Rifleman', had been failed after running a hot axle earlier that week.
(2) Dave Groves comments : The stop at Hellifield allowed a visit to the shed to view some of the National Collection. The train shunted to Down Loop during visit and I think departed from there afterwards.
(3) A tour itinerary seen by the Webmaster carries a comment in pencil: 'Pilot 45031 Wigan to Blackburn' - which seems at odds with the information above (44822)? 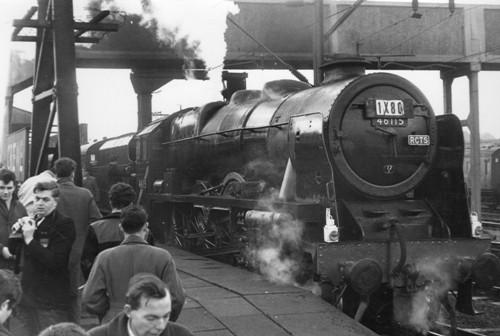 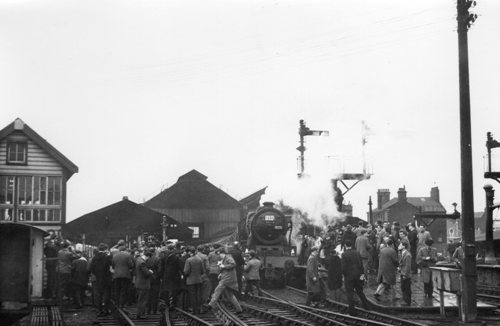 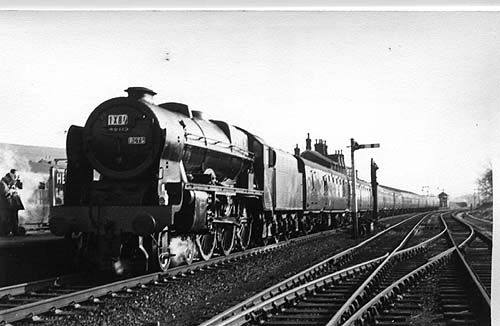 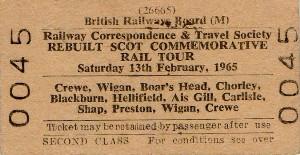 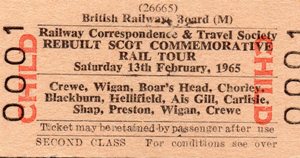