Notes :
(1) Terry Jackson comments : This was one of those tours again which did all that it was supposed to do but was a complete mess in the way that it did it. The eventual arrival back in London was about 1¾ hours late which was not necessarily unusual in itself but time was lost throughout the day through poor timings and slack operating. Many of the problems should have been foreseen by the BR staff if a little forward planning had taken place (sounds familiar ?). Whilst it wasn't down to the Society, at least one of their senior officials could and should have shown a lot more sympathy with some passengers who were likely to be left stranded by a late arrival instead of being merely content to prop up the bar. Arrangements were made for those passengers to abandon the tour at Stroud and catch the last service train back to London if they wished but why should they have had to miss a sizeable chunk of the tour. It all left a lot of people very upset and was remembered by everyone for a long time but not for the right reasons.
(2) Due to a short run-round loop at Dursley the train formation was reduced by removal of the buffet car at Coaley Junction. It was removed again at Stonehouse whilst the train visited Nailsworth and Stonehouse.
(3) David Pearson comments: I was one of those who elected to leave the tour at Stroud because of the late running. A replacement bus service was running between Kemble and Minety. The bus was overwhelmed with those who had abandoned the tour so another bus was summoned. This had to come from Cirencester, so to save time about 20 of us who had missed the original bus were taken in the Railbus to Cirencester Town station from where the bus picked us up for the journey to Minety.
(4) Bill Armstrong adds; I too still remember this and was also one who left at Stroud. Eventually (after having downed a pint of shandy, cost one shilling (!) at a pub near the GW station) 2-6-2T no.4142 arrived with three coaches and A class lamps (I have a photo of her coming in) and she romped up Sapperton Bank to deposit us at Kemble. Railbus W79976 took those who didn't get on the bus to Cirencester Town Station from where a Bristol Tramways Bristol Lodekka of some variety, no.6034, took us to Minety and Ashton Keynes Station, where a DMU was waiting to take us to Swindon (I travelled in W59491). The Paddington train arrived behind D1051 'Western Ambassador'. 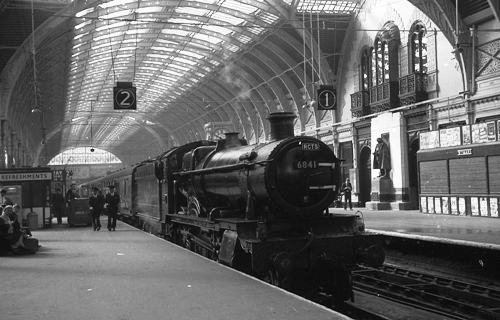 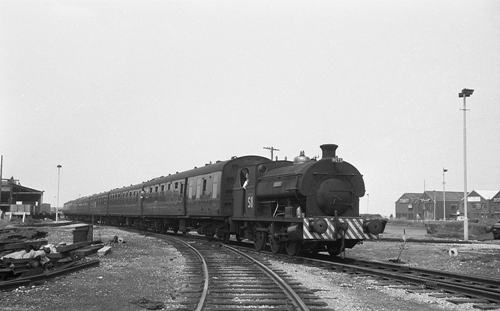 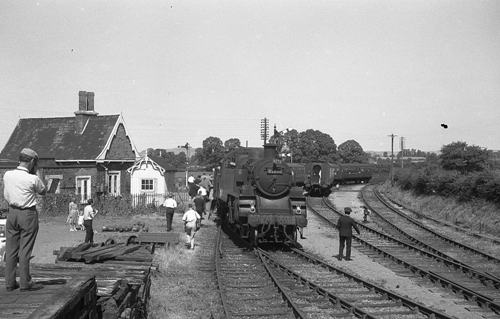 82036 at Coaley Junction before leaving for Dursley.
Note the Buffet Car in the loop (photo: David Pearson)

82036 drawing forward to run round at Nailsworth (photo: David Pearson) 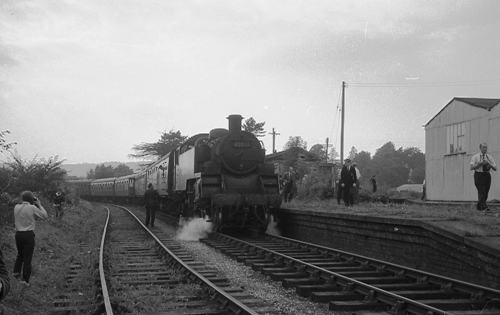 The train at Cheapside, the Midland station in Stroud (photo: David Pearson) 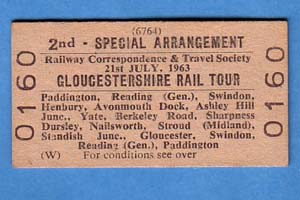