Notes :
(1) David Pearson comments: the run-round at Verney Junction involved the loco running all the way to Winslow as there was only one crossover available. The whole process took around 20mins compared to the 8mins booked.
(2) David Pearson comments: Plenty of time was allowed at Banbury for the passage between the two stations but at Leamington Spa much time was lost transferring from Western to London Midland Regions and back again. At Berkswell, where the loco had to run round via the main line, more time was lost because the Trent Valley line was closed for engineering works and its trains were diverted past Berkswell. It took about half an hour for the loco to get a path onto the main line to cross over. I remember that the train arrived back at King's Cross at 22:35
(3) Howard Cook confirms there was a photo-stop taken at Daventry. 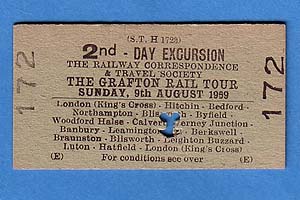 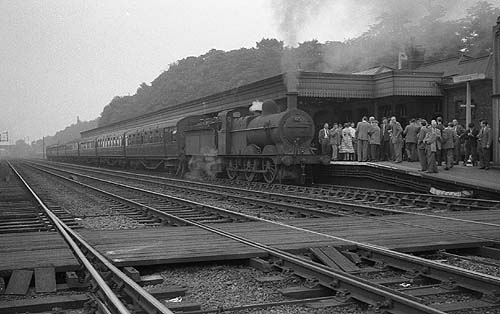 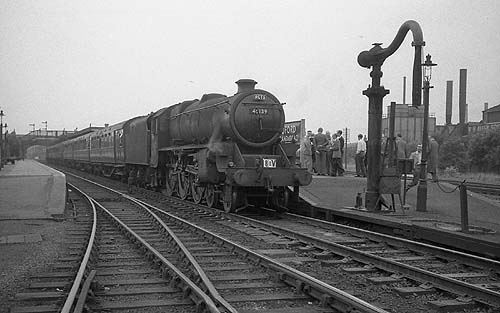 45139 awaits departure from Bedford on the next leg (photo: David Pearson) 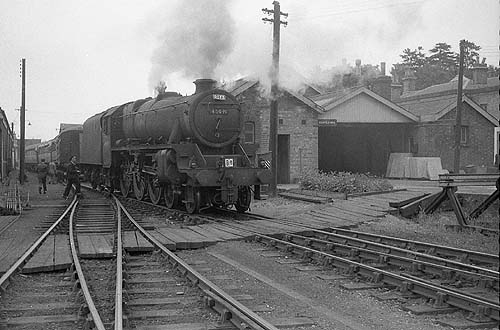 45091 backs onto the train at Blisworth (SMJ) (photo: David Pearson) 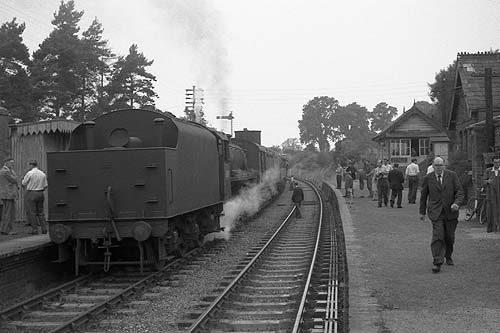 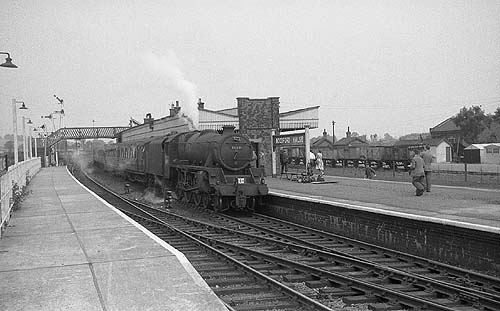 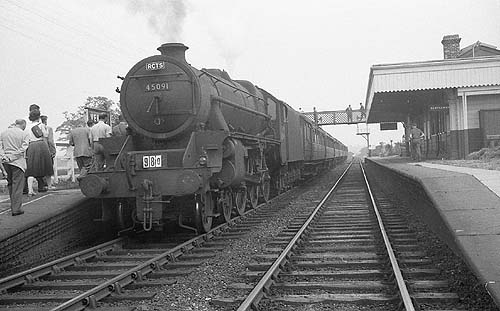