Notes :
(1) Route confirmation required. SLS members were invited to travel on this train. There was a visit to G.B. Shaw's house at Aylot St Lawrence, which had become a National Trust property after his death in 1950. 69470 photographed at Clapham Junction and at Snow Hill Tunnel.
(2) David Ford comments: Two photographs have been posted on Facebook on the Rail Thing - Lost Railways and Rolling Stock page of this special at Harpenden East and show an N7, 69654, double heading the N1, but where it was added to the train I don't know. 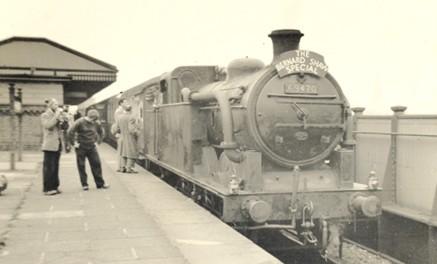 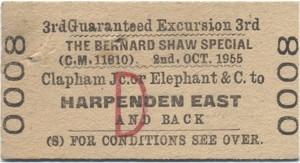