Notes :
(1) For visits to Swindon Works & shed and Didcot & Oxford Loco sheds. Passengers from Leamington Spa used the 08:30 service train changing at Tyseley onto the tour and returned home from Lapworth using the service train booked to arrive at Leamington Spa at 21:25, without additional payment.
(2) Was originally scheduled to run on 19th June but postponed due to ASLEF strike. Tickets were not re-issued with the new date. 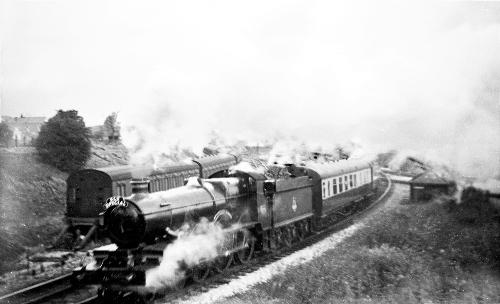 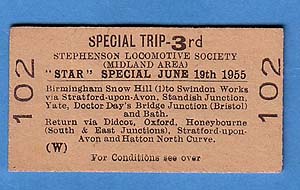