Notes :
(1) This was the last passenger train over the whole of the Meon Valley line which shut to passengers from the next day & to freight over the central section.
(2) Railtour name on the ticket ('Hants & West Sussex Tour') contradicted the tour name as given in the itinerary ('The Hampshireman') which was also confirmed by the coach destination boards. 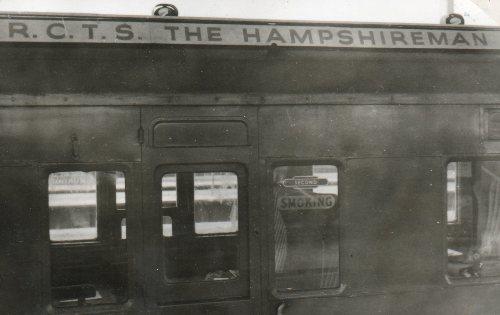 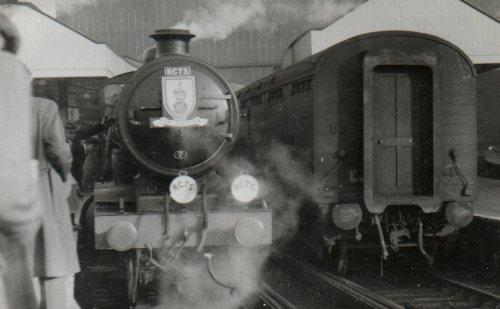 32421 at the start of the day at Waterloo (photo: The John Debens Collection) 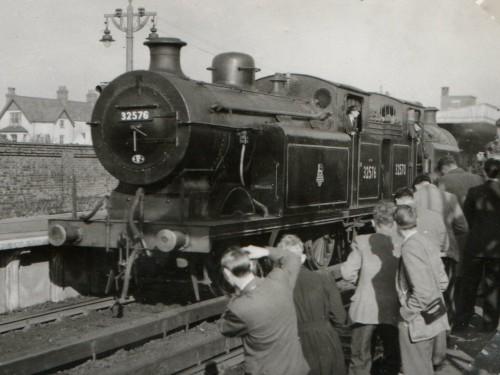 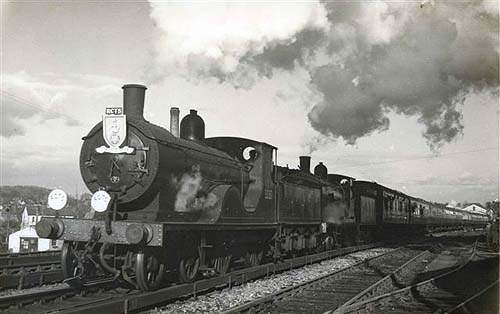 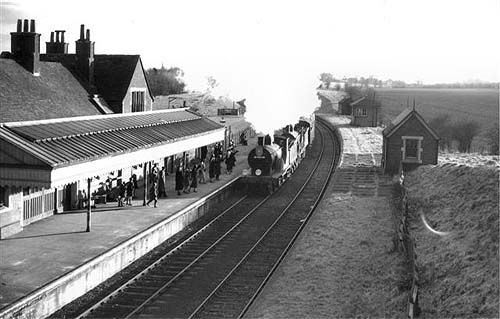 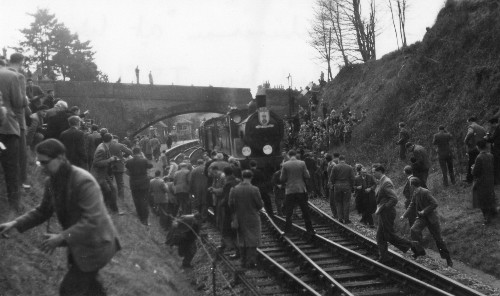 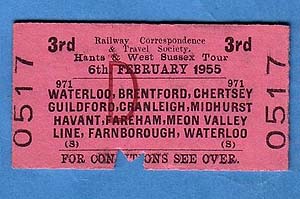