Notes :
(1) The Club Cars were respectively built by the LMS in 1939 (as part of the USA 'Coronation Scot' train of that year), LMS 1935 (from the pre-war Manchester-Blackpool service), LNWR 1913 (a 12-wheeler), MR 1910 (known by the 1950's as a 'Semi-Royal'), LNWR 1908 (8-wheeled) and LMS 1925. Car 815 had been substituted for a contemporary LNWR Car 814, as the latter was discovered to have a corridor gangway at one end only.
(2) About 100 tour participants joined the train at Grimsargh following a visit they had made to the Whittingham Railway, a two mile branch joining the Longridge branch with a local hospital. Loco 1 'James Fryars' (ex-LBSCR 357 'Riddlesdown' of 1886) was in use on the branch with its passenger train of former LNWR brake vans (with seats).
(3) At Pilling it was required to divide the train and a complex set of shunting moves was required to run the engine round, resulting in late running.
(4) As with Pilling, the train had to be divided as part of the run-round operation.
(4) Lancaster Greaves. Reported as the first passenger train to visit this location for 105 years. 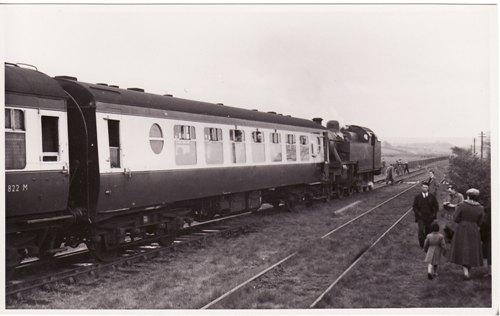 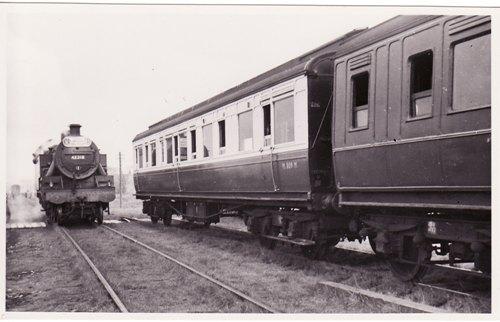 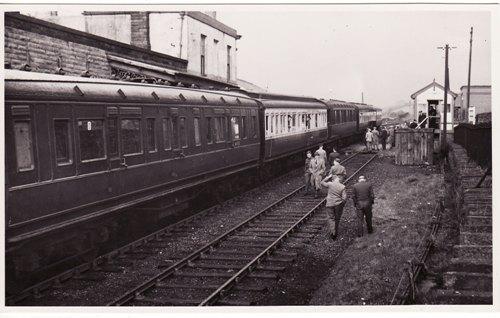 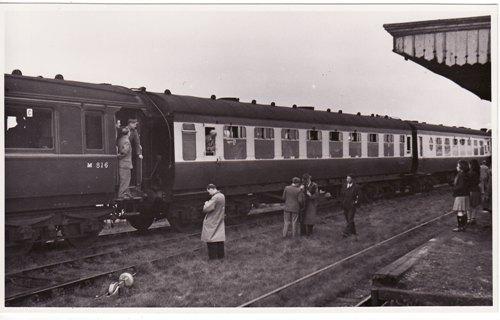 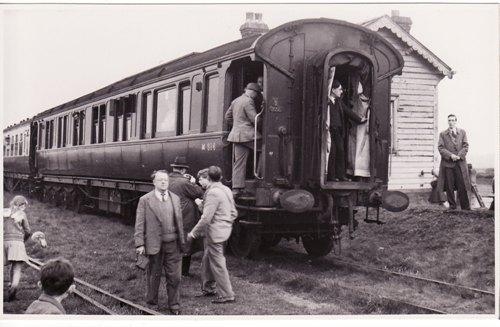 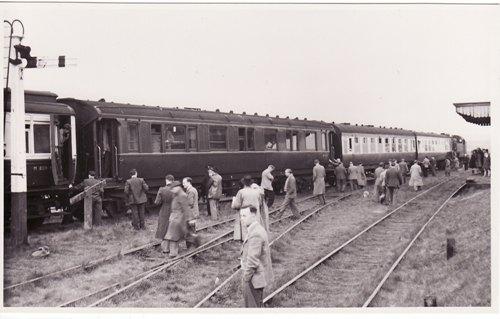 A final view at Glasson Dock of the train (photo: the Bob Mitchell collection) 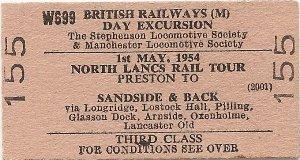