Notes :
(1) 67002 on rear.
(2) 67008 on rear.
(3) Chris Morley reports that timekeeping was good all day, with arrival back into Watford Junction at 00:06 as booked.
(4) Robert Frise comments: Upon boarding the train at Blackpool we found that one of the young stewards had decorated the train (well at least the dining) with Halloween decorations. Even the menu had 'Bill of Fear' instead of 'Bill of Fare' printed on it. What with the nice day out in Blackpool, riding the trams and viewing the Illuminations, the atmosphere on the train made this one of the most memorable railtours we have ever travelled on. 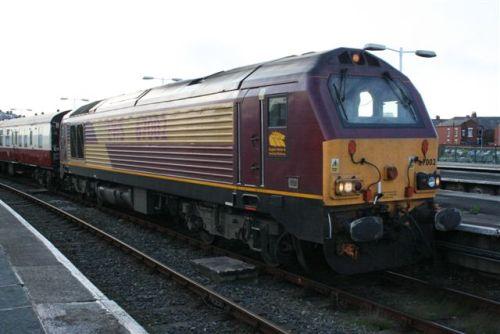 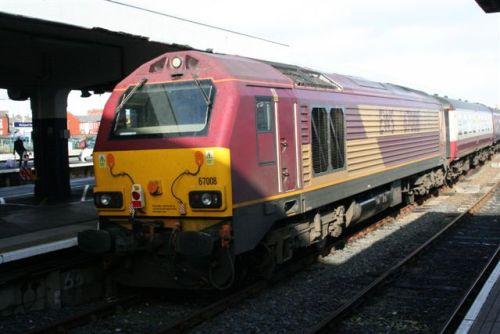