Notes :
(1) Originally advertised to be hauled by 60019 'Bittern' from Kings Cross to York and back as far as Peterborough.
(2) Loco change was booked to take place at the RMT platform but was unable to do so as it was blocked by gypsum container wagons.
(3) Booked loco change point was Doncaster RMT but locos were swapped in the station for reason(s) unexplained. As a result the train ran ECML out of Doncaster, not via Doncaster RMT as booked.

Sources : various including Nick Bartlett (on the train throughout) & Gordon Lacy 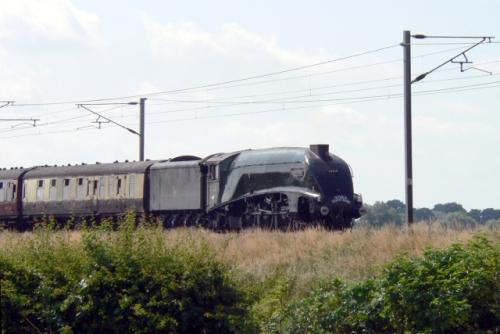 60019 heads away from an unscheduled stop in Claypole Loop on the outward
leg of the journey (photo: Gordon Lacy) 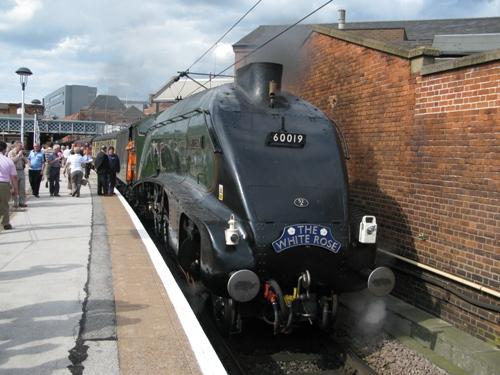