Notes :
(1) Originally advertised for haulage by 2x DB Schenker class 37's throughout, 40145 was substituted a couple of days before the tour, however was unable to work the train throughout due Network Rail not allowing the loco to run between Portcreek Jn and Portsmouth.
(2) 66188 on rear.
(3) Delay on outward leg between Taunton and Exeter was reported as being due to dragging brakes. On the return leg the train was delayed on the approach to Exeter due to the police being called to a "large fight" on the tracks at Exeter St Thomas!
(4) 37401 on rear. 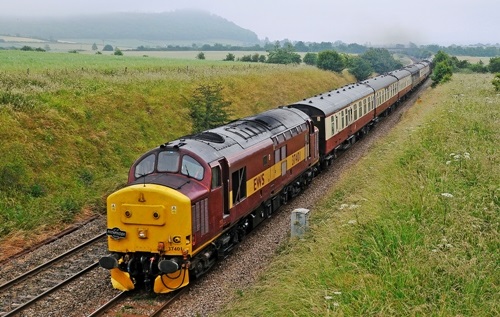 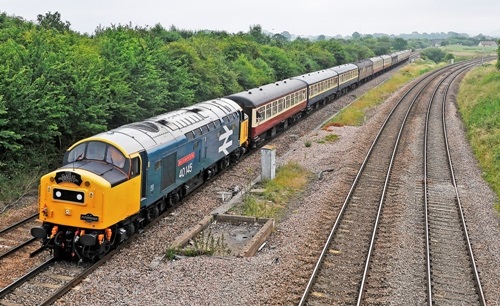