Notes :
(1) Originally advertised to use ex-SNCB 6041 as the main train locomotive however though this was reported ready for service, the necessary certification was not in place to permit mainlien operation. The tour was also advertised to visit the freight branch to Bascoup but this was removed from the route at short notice after an inspection by Infrabel which concluded the line was not fit to take a passenger working.
(2) 5311 on rear.
(3) Train was delayed at Mariembourg (SNCB) due to a failure of the points onto the CFV3V line.
(4) plus 6086, not powering.
(5) plus 7304, not powering.
(6) 201.010 on rear.
(7) For visit to depot containing many ex-SNCB locos, DMU's & stock.
(8) 5311 was struggling badly to provide power and 201.010 provided rear-end assistance most of the way from La Louviere Sud to Binche. 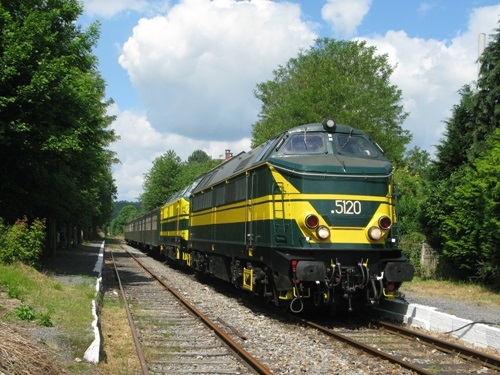 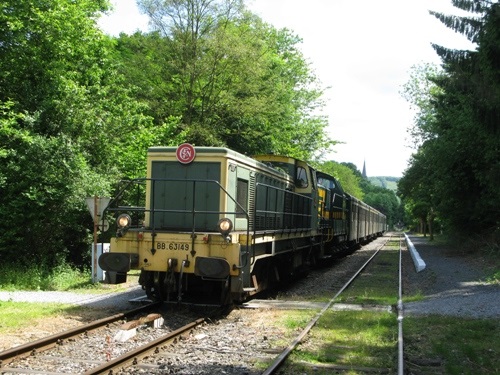 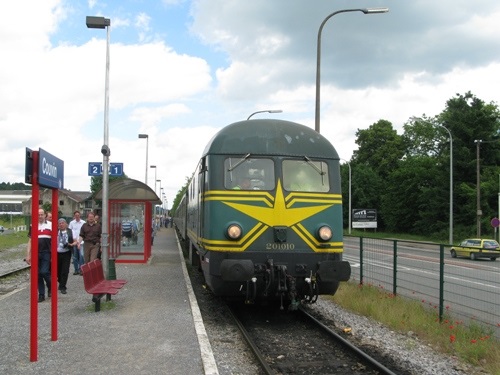 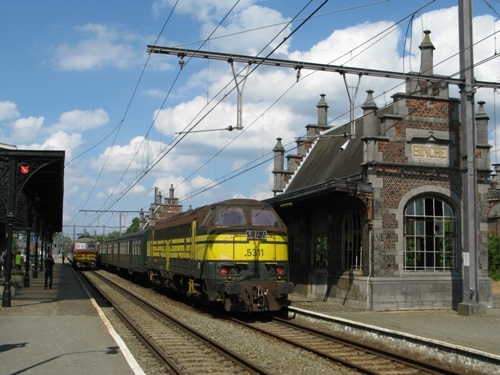