Notes :
(1) Ran in aid of the 'Railway Children' charity, with Spitfire Railtours acting as booking agent. Carried a "Three Peaks Challenge by Rail" headboard.
(2) D444 on rear.
(3) The VoR round trip was offered as an option.
(4) Booked route on the return in the Shrewsbury area was via English Bridge Jn & Abbey Foregate Jn then the reverse of the outward route, however the failure of 1G55, 15.20 Aberystwyth to Birmingham New Street at Alscotts GF resulted in a lengthy diversion via Crewe, the booked route being regained at Wolverhampton by which time the train was around two hours late.
(5) 97301 + 37676 on rear.
(6) 37676 on rear. 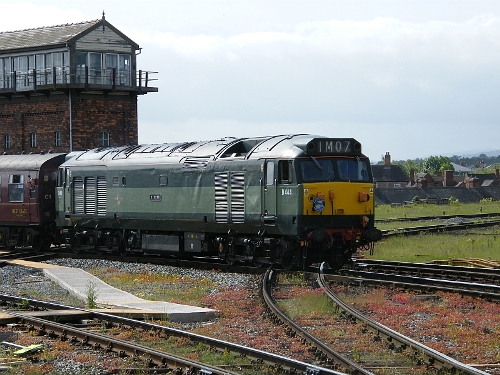 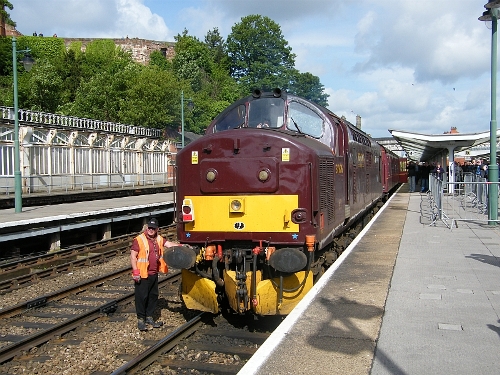 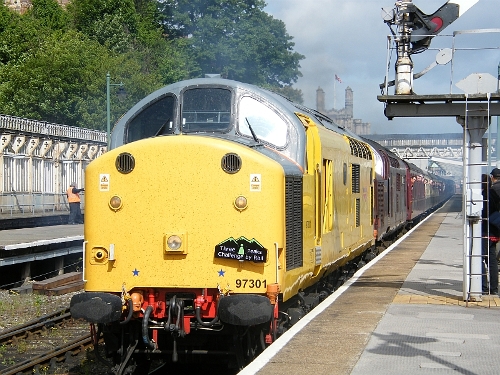 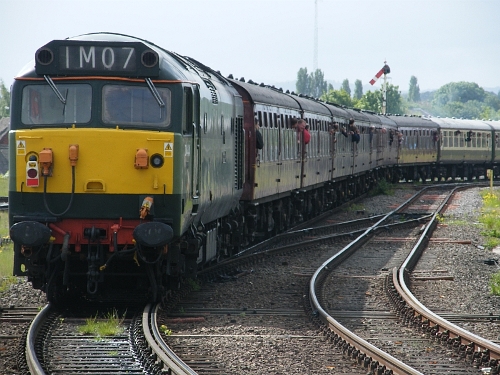 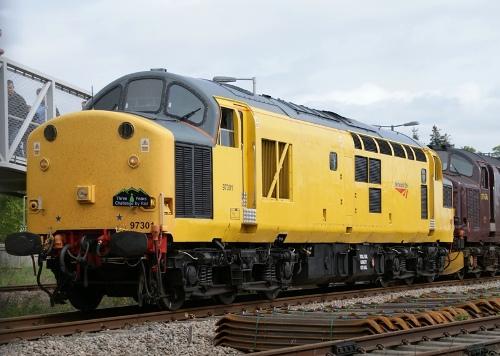 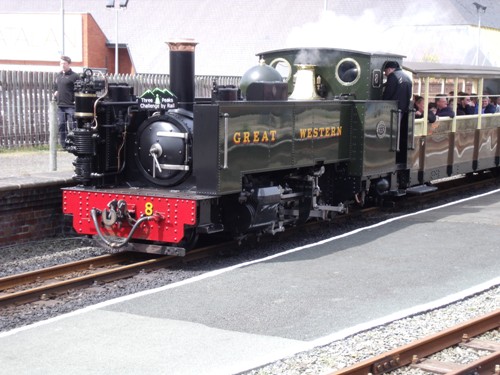 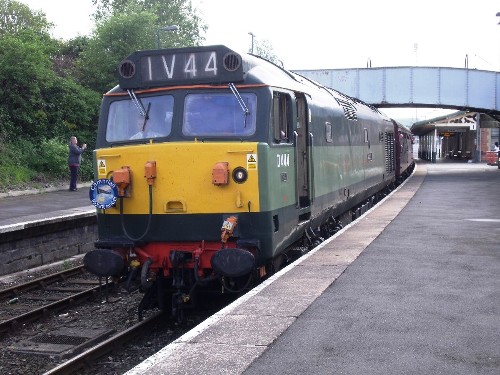 D444 pauses at Newtown on the way back (photo: Andy Spencer)