Notes:
(1) Route destination required - originally listed as Scarborough but Alan Chilestone recalls: the tour did not continue to Scarborough, unless as E.C.S. move. From Malton road coaches took passengers to either the NYMR or Eden Camp, returning directly to York from where the return journey started. Loco and stock was in the platform at York with 'Not to be moved' sign attached when coaches from Pickering returned. Alan Cooper adds; I believe that some people remand on the train to Scarborough. 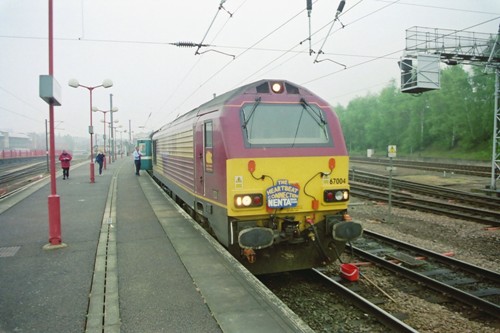 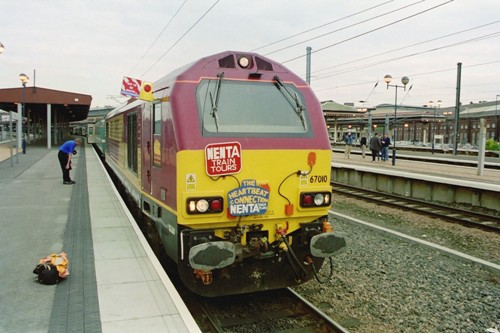 67004 waiting to leave York in the evening (photo: Alan Cooper)