Notes :
(1) Train was booked to have used GWR Castle's 5029 + 5051 but 5029 ran a hot-box en-route from Penzance to St Blazey on Sunday 5th May (after working the Saturday 'Penzance Castles' from Taunton to Penzance).
(2) 449 failed at Bristol. It went to St Philips Marsh for attention.
(3) 431 ran ahead with the support coach.
(4) Gordon Jakes comments: Passengers were able to detrain at Par on the downward run where a bus connection was provided for a visit to the Eden Project. The return journey was plagued by problems – I assume the delay at Penzance was due to the unplanned shunting movements which were necessary to release 431 and once the path was lost the mandatory one hours delay was invoked! The other serious delay on the return journey was at Bristol – I cannot recall the reason for this but it does not seem likely that the loss of the booked train path could have been the problem given the time of night and the onwards motive power. It was a long day! 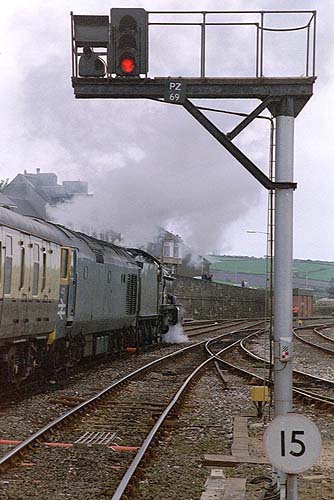 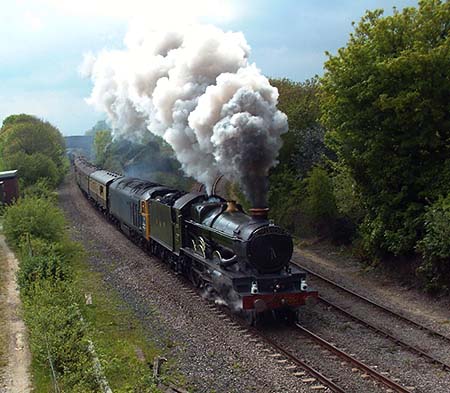 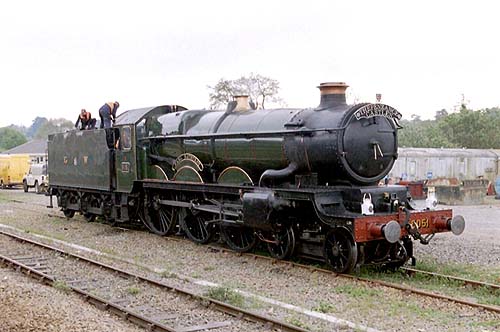