Past Time Rail
The London Tilbury and Southend Shuttles 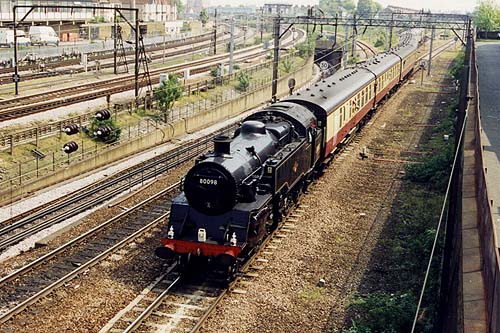 80098 approaches Barking on the return working of train 1 from Shoeburyness. 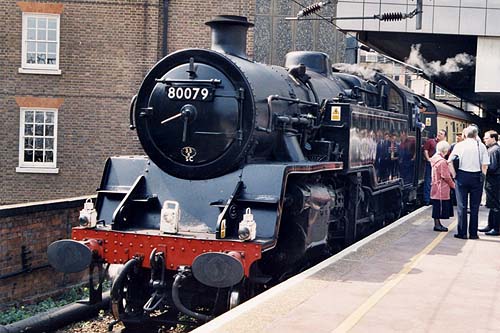 80079 awaits departure from Fenchurch Street with the outward working of Train 2. 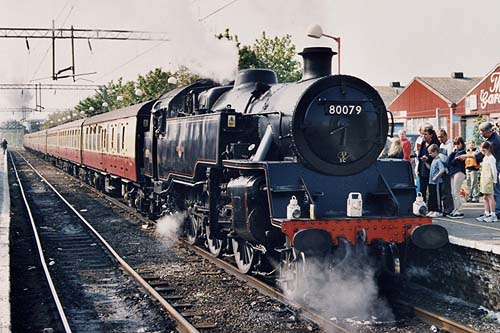 During the layover at Shoeburyness the stock was moved into the carriage
sidings west of the station. 80079 is seen having brought the stock back
into Shoeburyness platform 1. 80098 is already coupled onto the London
end of the train ready for departure. 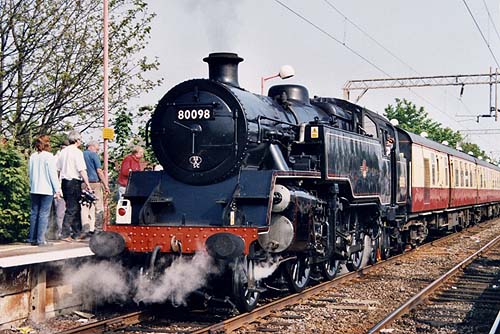 80098 is seen awaiting departure from Shoeburyness platform 1 on
the return working of Train 2.

Timings (Booked Only)
(from Gordon Jakes)