Notes :
(1) Route confirmation required. Although there was no apparently no reversal required it has been noted by Steve McFarlane that on the return leg 37047 was the lead loco. Does this indicate use of the Edinburgh 'Sub' on the inward or outward journey, or was the loco order reversed during the layover for some reason? 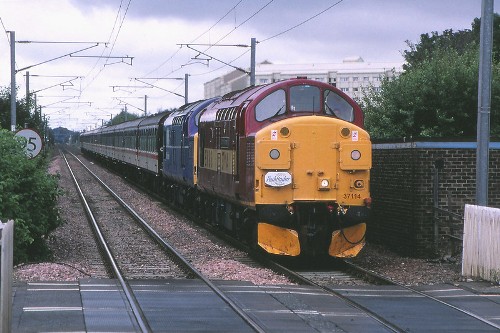