Notes :
(1) There was a disagreement as to the actual route of 1T56 between Crewe and Euxton Jn however multiple contributors have confirmed the above routing (as booked) to be correct; the other version of events involving running wrong line on the WCML between Boars Head Emergency Ground Frame to Blainscough Emergency Ground Frame but this is believed to be referring referring to routing from the previous year's 'Road to the Isles' tour which ran from 2nd to 4th August 1996. 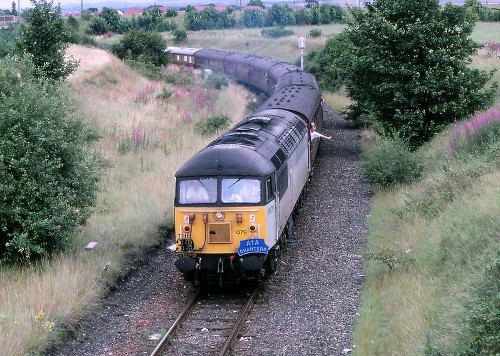