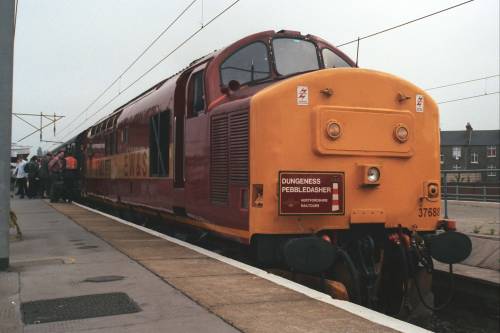 37688 waits to lead away from Finsbury Park at the start of the day. 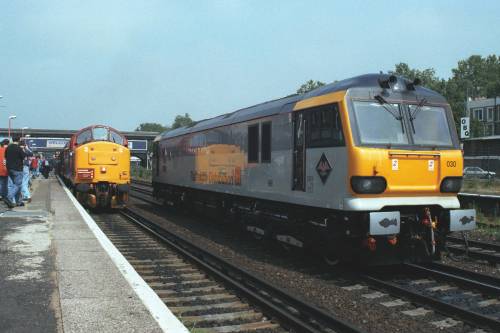 92030 was particularly clean for it's task of becoming the first class 92 on a
booked passenger train working. 37688 waits for the 92 to couple on the
front at Kensington Olympia. 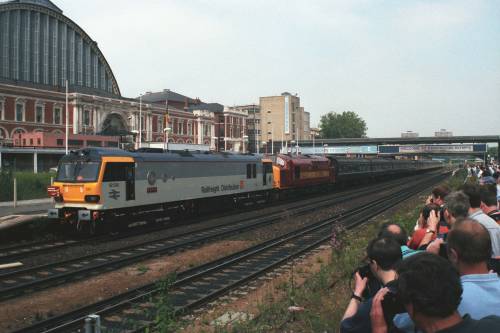 Almost ready to depart from Kensington Olympia, but not until everyone has
got their own 'unique' photograph of the event!