Notes :
This was the first ever production Deltic departure from Euston station! During layover at Manchester most tour participants headed for the East Lancashire Railway for their Deltic Weekend - featuring 55002, 55015 & 55019 - when was the last time you could experience haulage behind FOUR different Deltics on the same day?

Source : Gary Thornton (on train throughout) 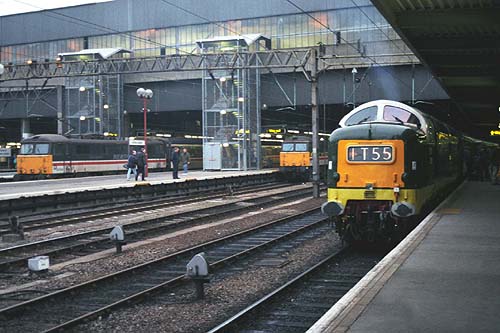 Euston - the first ever production Deltic departure is about to take place. 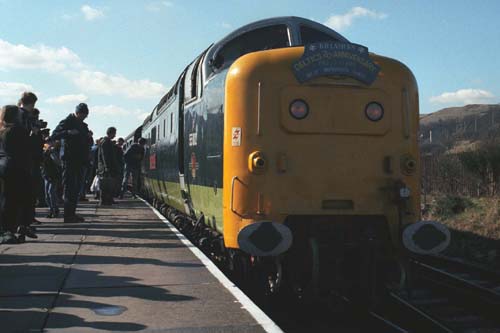 55002 at Rawtenstall on the ELR. Not strictly part of the tour but as the
vast majority of tour participants headed there and it was the first time since
1981 that it was possible to have four different Deltics for haulage in the
same day then I think it's worth including some views from the ELR event. 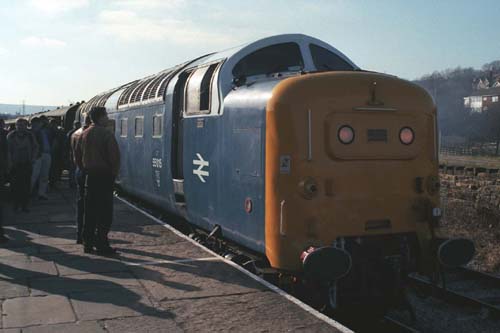 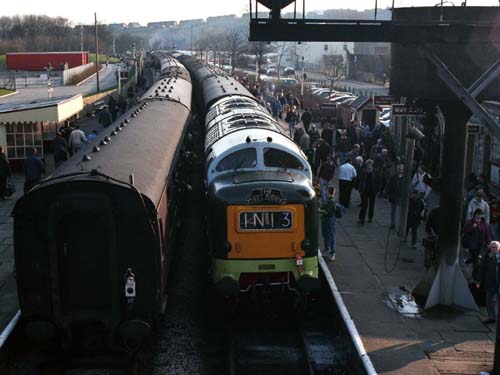 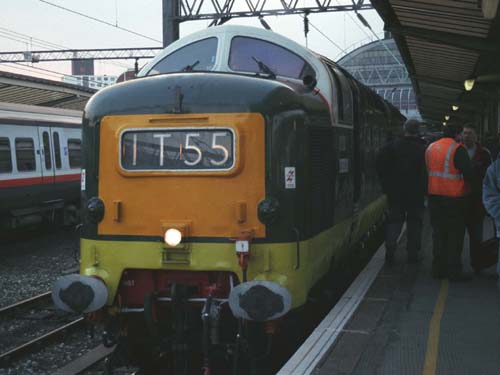