Notes :
(1) This train was run 15 years to the day since the 'last' Deltic hauled railtour which ran in 1982. It was somewhat more successful than the return to mainline running for D9000 which was on 30th November 1996 when D9000 suffered an exhaust system fire at Berwick-upon-Tweed.
(2) Whilst at York, D9000 ran to the National Railway Museum and was posed on the turntable in the great hall alongside DELTIC, the prototype. Departure from York was delayed by a lack of available driver. 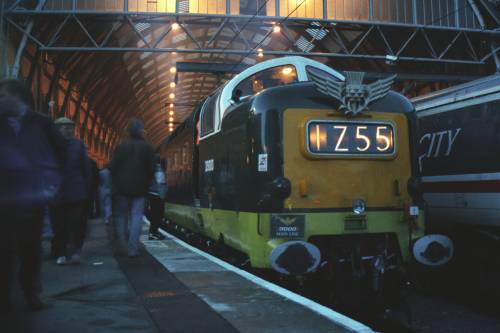 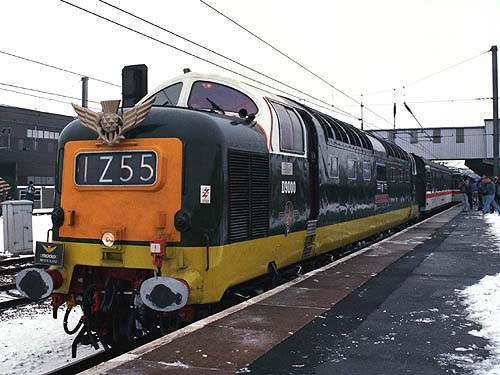 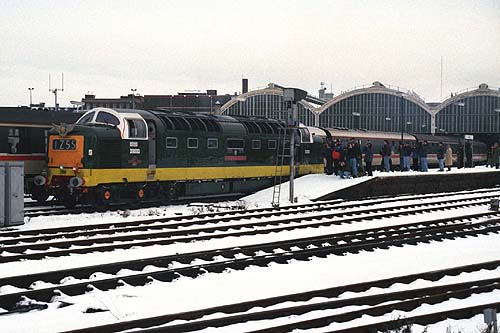 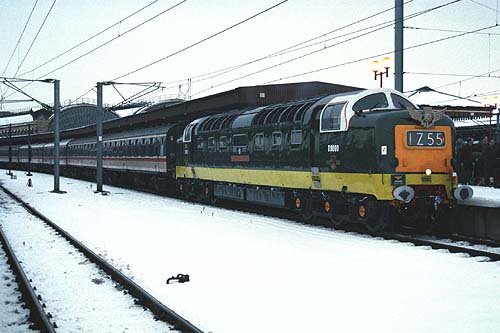 D9000 looked superb on arrival at York. Were we really doing this? 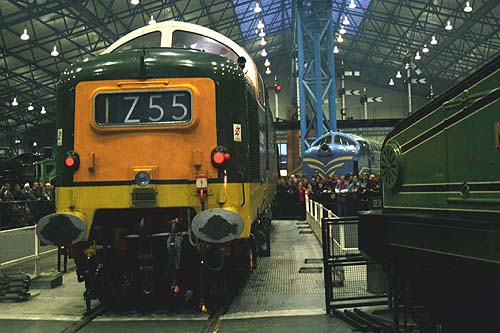 D9000 on the turntable at the Railway Museum, DELTIC looks on. 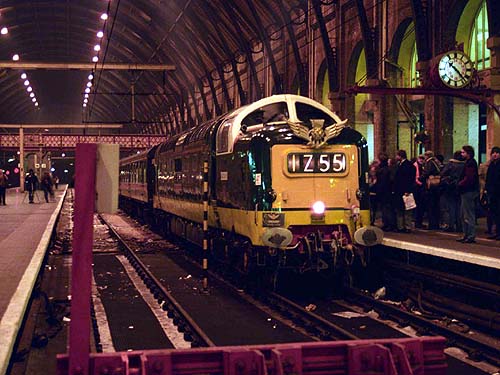 Kings Cross - at the end of a simply amazing day out.