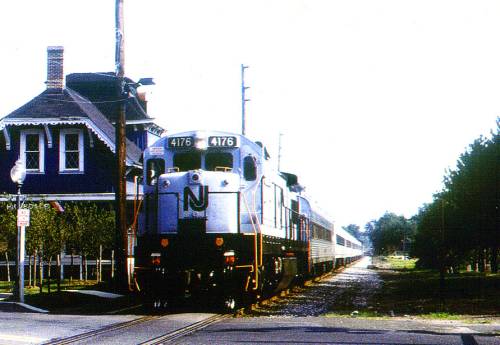 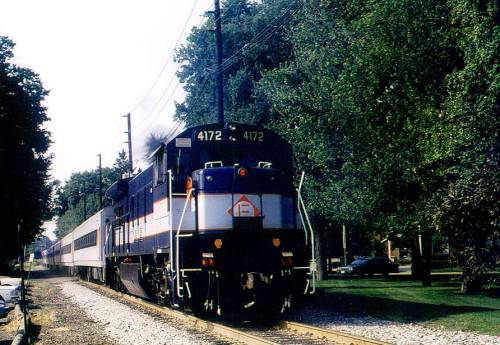 The excursion ran over the former Erie Lackawanna Lines in New Jersey where the U34CH's ran in revenue service. The locomotives used were NJT 4172 which was repainted in the "bluebird" scheme that it operated in to the end of revenue service and NJT 4176 which was repainted in the "disco stripe" scheme that it was repainted into after NJTransit assumed operation of all commuter train service in the state of New Jersey. The locomotives looked great on their last day of service and they ran one locomotive on each end of the train in a "push me, pull you" fashion. It gave a photographers a rare opportunity to photograph a U34CH (4172) on the east end of the train as the U34CH's generally were on the west end of the train with a cab car on the east end to keep smoke and noise away from the waiting room of Hoboken Terminal.

The excursion started at Hoboken, NJ and ran over the M&E (Morris and Essex line) to Dover, NJ. It then returned to Denville and travelled east on the Boonton Line back to Hoboken. Then the trip went west over the Main Line to at least Suffern, NY. I do not believe they went all the way Port Jervis, NY. They then went east on the main line to Ridgewood, NJ and then went on the Bergen County Line to east of Rutherford, NJ to Pascack Junction where they then travelled the Pasckack Line (Former NJ & NY RR) to Spring Valley, NY and then returned to Pascack Junction to return to Hoboken via the Bergen County Line.

All in all a very long day for the riders and for yours truly. The URHS did not publish their itinerary in order to discourage train chasers and an article in a local railfan magazine made it seem like they were going to do the excursion the the reverse order so I sat at lovely Hillsdale, NJ for most of the day to get my photographs.