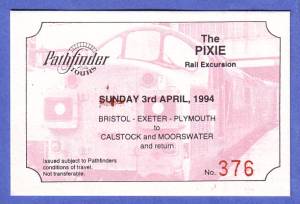 Sources : Stuart Smith & Alan Sheppard (on the train throughout)

The part of the tour below was abandoned owing to the failure of 37521.