Notes :
Conveyed dignitaries such as then Transport Minister Roger Freeman and Pete Waterman as first promotion of the Weardale Railway. The train entered the now closed Blue Circle cement works and the 37 was shunt released by the BC shunter. This was the last train to proceed beyond Stanhope to Eastgate. 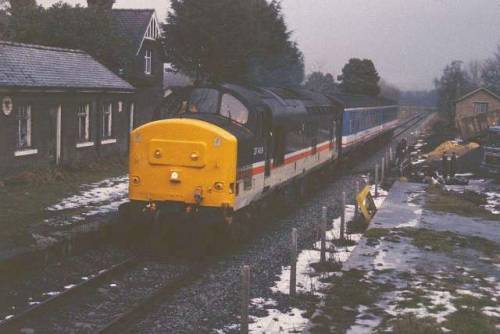