Notes :
(1) Was due to start from Weymouth but revised on the day to Dorchester South as the E.C.S. was running around 50mins late. Passengers joining at Weymouth & Upwey were transferred to Dorchester by coach/bus.
(2) Destination was Lincoln for the Christmas Market. 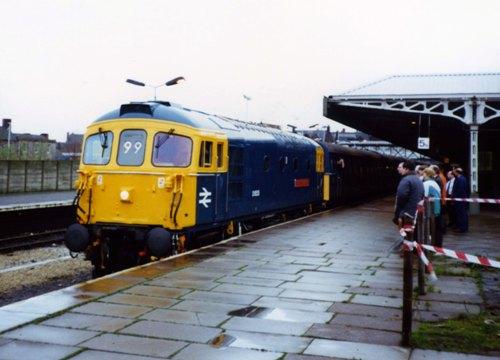 Sources : Paul Goldsworthy (on the train throughout),
Craig Sullivan (on Leicester to Lincoln only) & Chris Bracey

Timings (Actual Only)
(from Paul Goldsworthy)