Notes :
(1) The train was due to start at Barrow-in-Furness however the stock was late off Edge Hill CS and thus reversed at Carnforth U&DGL and the tour started at Lancaster. A DMU connection ran from Barrow-in-Furness to Lancaster to pick up passengers from the pick-up points prior to Lancaster.
(2) TRUST report carried the following comments: train departed from Preston at 09.02 but was wrongly routed. Had to set back into Preston station to go correct route.
(3) train was booked via Whitehall Jn and Bradford Interchange but was diverted via Dewsbury to avoid the run round at Bradford. 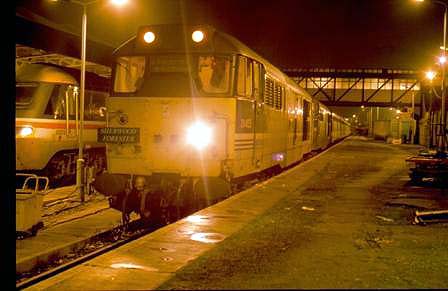