Notes :
(1) Duncan Jennings comments: According to the tour booklet we were booked an engine change at Crewe but I can't see any reason why, either way on the day it didn't happen.
(2) Duncan Jennings comments: 46229 was supposed to do the full S&C northbound run but failed at milepost 228, around 3 miles from Hellifield. If memory serves the reason given at the time was a failure of the white metal bearings but what that actually means I couldn't say. 47833 was dispatched to rescue us, taking us into Hellifiled where 46229 was dumped, and then continuing with the booked itinerary. On the return 47833 had used more fuel than predicted when diagrammed (light engine Crewe - Carlisle v. light engine to Hellifield then loaded train to Carlisle) and 47578 was substituted at Crewe so we didn't run out of fuel. 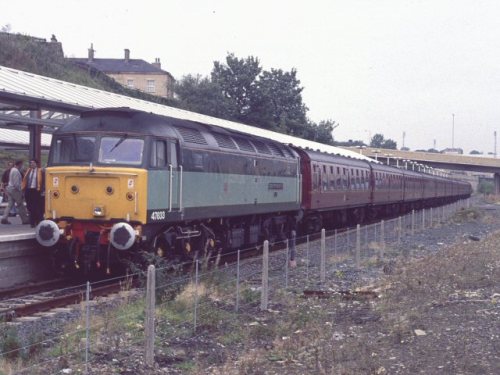 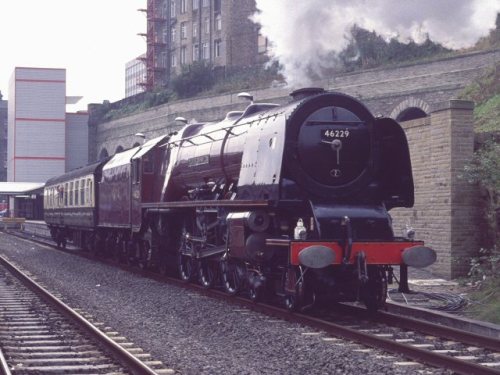